As owners of smartphones and tablet devices; we have become so accustomed to tracking our own location and telling the world where we are at any given time, which goes some way to show just why applications such as Foursquare are so popular. For those who are yet to discover the wonder, that is letting others continuously know about your whereabouts, Foursquare is a mobile application which relies on a user sharing his or her location with their network of friends.

The Foursquare applications is a location-based, social networking service which lets registered users check-in to a specific place or point of interest. The physical location of the user is determined by the GPS hardware within whatever device they are using and presents the user with a list of known venues in the vicinity to allow them to choose what to display. I know what you’re thinking, the perfect alibi application which proves to others just exactly where you were at any given time.

The Foursquare app has proved to be extremely popular across multiple platforms, but happens to be one of the most popular applications on Android devices with over 88,000 reviews on the Android Market and approaching ten million downloads in total, since its initial release.

The news of a big update should come as a welcome surprise for Android users, considering the new update not only brings support for Android Beam contained within Ice Cream Sandwich, but also adds NFC support, allowing users to check into locations with friends or family by tapping their phones together. 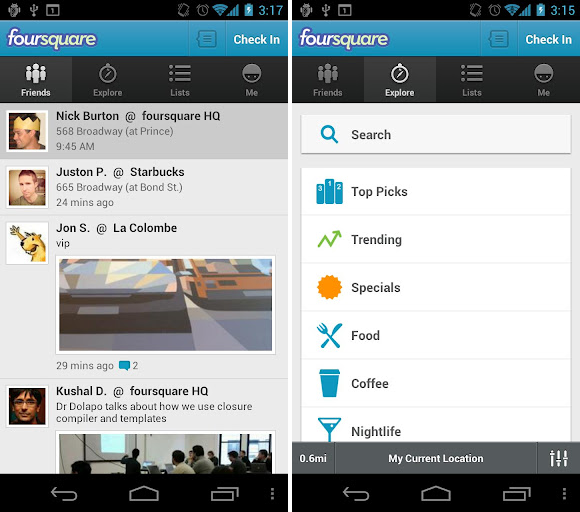 Talking about the new functionality in an interview with Untether.tv just before the update launch, Foursquare’s Vice President of Mobile & International, Mr. Holger Luedorf said "We’re trying to leverage this because we feel pinpointing someone down to a location through an NFC chip definitely has some value". 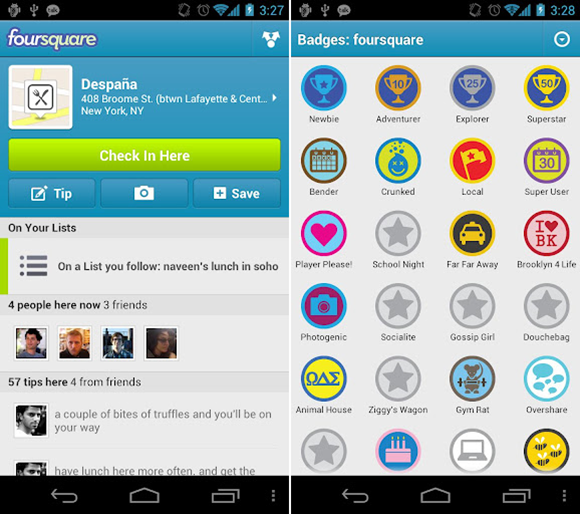 The update to the Android application also means that compatible devices will not only be able to share information like venues, lists and user profile by a simple tap of the phones together, but also use NFC tag capabilities to check into locations which can be shared with their networked followers.

The new features are quite exciting, but at present, the only two devices which are fully compatible with the features are the Galaxy Nexus and Nexus S, but that should be rectified in the coming weeks with the Mobile World Congress event happening in Barcelona at the end of this month.

If you are an Android Foursquare user, make sure you head on over and update the app now, or alternatively you can download Foursquare for Android free of charge [Android Market Link].