Apple knows that the brightness of our iPhone screen needs to be different depending on the time of day, and to that end it added an automatic brightness feature that alters the brightness depending on the amount of ambient light it detects. For the most part it works just fine, and the chances of you getting almost blinded by an iPhone on full brightness in the middle of the night are slim. 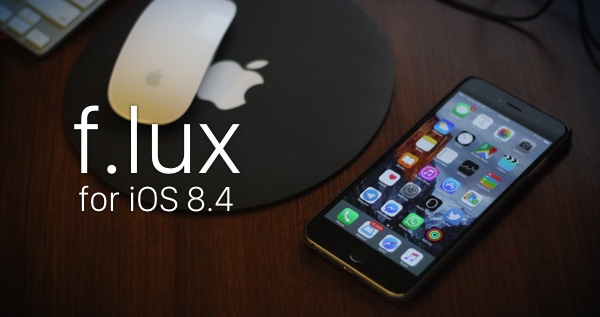 What Apple doesn’t account for though is the warmth of the screen, and with research suggesting that looking at a screen with the wrong warmth at night can affect your sleeping patterns while causing eye strain in the process, and that is never a good thing to happen. The concensus is that a cooler color is best during the day, with a more warmer alternative best at night. So what we need is a way to have our iPhones automatically adjust their screen’s color temperature depending on the time of day. As ever, there’s a jailbreak tweak for that.

F.lux is the jailbreak tweak in question, and it just so happens that version 0.9984 is now available as a beta release, bringing with it support for iOS 8.4 which given its recent release is probably a good thing. 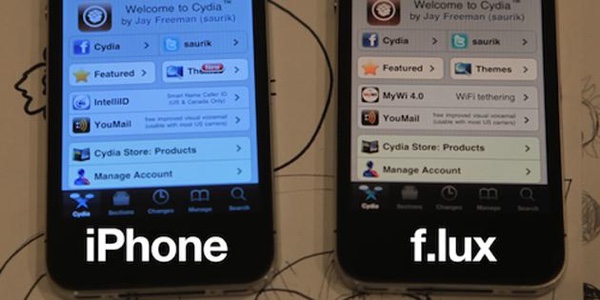 The beta release of f.lux can be downloaded from the justgetflux.com/cydia repository but remember, it’s a beta release and we all know what chaos can be caused by a rogue beta, particularly a beta release of a jailbreak tweak. You’ve been warned, so install this at your own risk.

The full changelog of this release is as follows:

The benefits may just outweigh the risks for you though, especially if you use your iPhone a lot at night and currently struggle sleeping properly.

If you havent jailbroken yet, follow our step-by-step tutorials on how to jailbreak iOS 8.4: