With over one million apps currently residing on Apple’s servers the chances are that iPhone, iPod touch and iPad users are pretty much covered across all of the various app categories. With that said, we all have our own personal favorite apps, right? The extremely popular Flipboard social news magazine is definitely one of the more sought-after offerings for iOS devices, and today, it has just received a bump to version 2.1 with a few new goodies thrown in for new and existing users.

Flipboard has always been able to consider itself one of the more refined and polished apps on the App Store. One of the company co-founders and lead developers has a working pedigree that includes working for the fruit company as well as teaching iOS development at Stanford University. With that kind of background it isn’t hard to see why the app is as good as it is. This latest update sees the whole experience get a lot more refined as version 2.1 focuses on speed and performance enhancements just in time for Apple’s 64-bit devices. 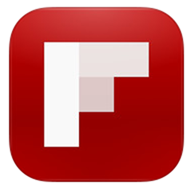 The whole Flipboard experience is now noticeably faster on all devices. All users will be able to benefit from this improvement but it’s particularly evident on 64-bit devices like the iPhone 5s and iPad Air running Apple’s latest A7 chipset. The interface was always clean and clinical but it has been given a refresh to fall more in line with the design methodologies of iOS 7. The Apple Human Interface Guidelines stipulate that the UI should play second fiddle to the app’s content and it seems like Flipboard have nailed it with this update. 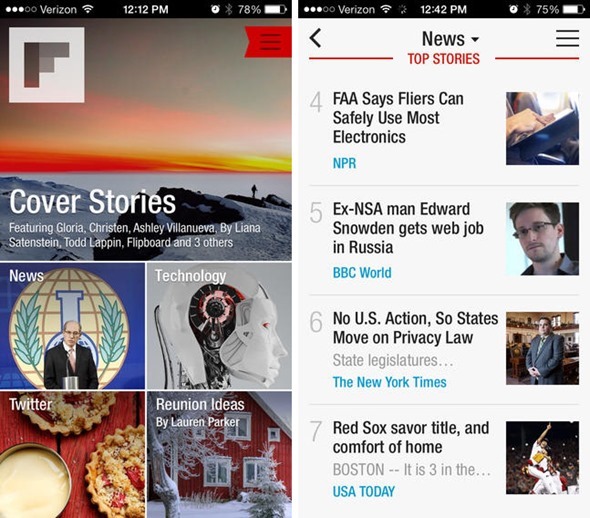 Improvements around visibility and readability have also been added in the form of being able to dynamically change the text size of articles directly from within the app. A set of new alerts have been added to tell the user that new content has been scraped into the app as well as making the most of the 4-inch display on the iPhone 5, 5c and 5s by adding more tiles to the first screen. And o app update would be complete without the obligatory bug fixes and improvements and Flipboard has these in abundance. 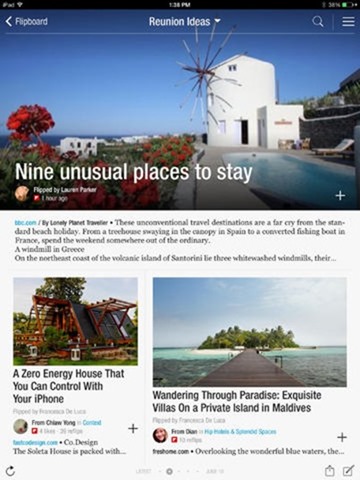 The 2.1 update should be available in the App Store right now.