Thor: The Dark World Game For iOS And Android Now Available To Download For Free

If being a superhero is one of your ultimate dreams then it’s time to forget about Superman, Batman, Spider-Man and any other ‘big named’ heroes of justice that spring to mind. The ultimate planetary savior has to be the Norse God of Thunder, Thor. Norse mythology tells us that Thor is the god of thunder, lightning, storms and strength and protects mankind with his belief in good over evil as well as his trusty hammer that smashes all that gets in its way. If emulating Thor is high on your list of ambitions then the official Thor: The Dark World game could be a good place to begin that emulation.

Marvel Comics have teamed up with Gameloft to bring the latest in the Thor story to the small screen of smartphone and tablet devices. Hollywood is currently in the middle of praising the new Thor movie as it begins hitting theatre screens around the world and it makes perfect sense to see a big-budget mobile game tie-in to accompany the release of the movie sequel. If going to the movies and splashing out on popcorn and soda isn’t your thing then the best alternative is to smash it out and overcome evil directly from the palm of your hand. 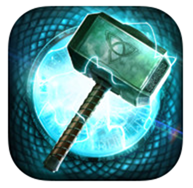 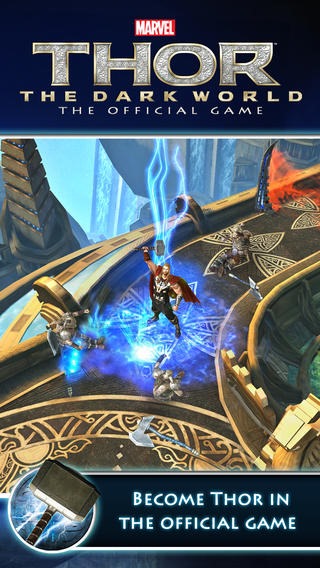 The Thor:The Dark World mobile offering is available as a free-of-charge download from the iOS App Store and Google Play Store, and is offered as a universal binary, meaning that it is one install for all devices. As with previous releases, the development studio have opted for a freemium model that allows gamers to download the app for free and perform in-app purchases for upgrades and other goodies. 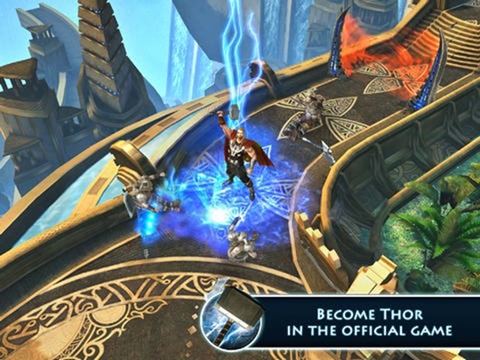 There’s nothing worse than coming up against old enemies that haven’t reared their ugly heads for quite some time, which is exactly what happens in this game. Malekith holds the unique position of being the lord of the Dark Elves as well as being an age-old enemy of Asgard. The Dark World involves a storyline that sees Thor racing against the sands of time to stop an invasion that would see the Nine Worlds being destroyed. Sif, Heimdall and the Warriors Three all make an appearance to help Thor on his way but it’s undoubtedly the upgrades and power-ups that will make or break his success. 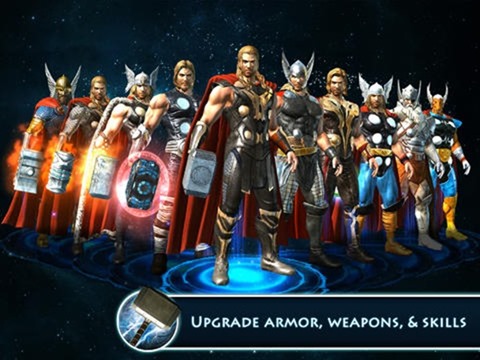 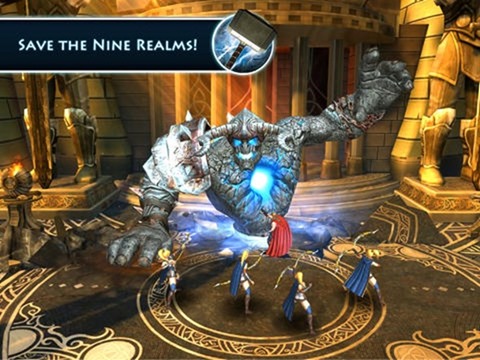 The graphics are stunning, the environments are rich and varied and the game contains over 90 out-of-the-box missions that should keep gamers occupied for quite some time. Prepare for battle, conquer the fear and head on over to the App Store and Google Play Store to grab Thor: The Dark World now. Mankind is counting on you.