There were some reports from users who tested Windows 7 Beta Build 7000 when it was leaked back in Christmas holidays about a data corruption bug in Windows Media Player 12 which resulted in corruption of MP3 files. Microsoft later confirmed the bug which effected Windows 7 Beta and as of today, an official patch has been released by Microsoft which fixes this issue. 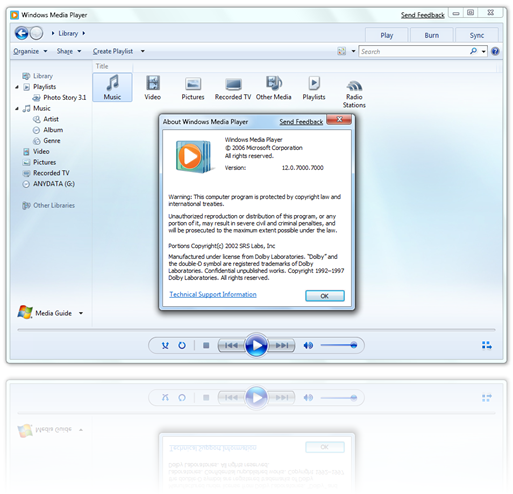 If this is the concern which is holding you back from testing Microsoft latest Operating System (Windows 7 Beta) then you don’t need to worry anymore about loosing your music collection as this patch completely fix the data corruption issue.

Microsoft will soon make this patch available via Automatic Updates in Windows. A support (KB) article is expected soon too.