Got a MSDN or TechNet Plus subscription? If you are among those lucky people on earth with either of these two subscriptions then you can now immediately get hold of the betas of Windows 7 and Windows Server 2008 R2 with official product keys: 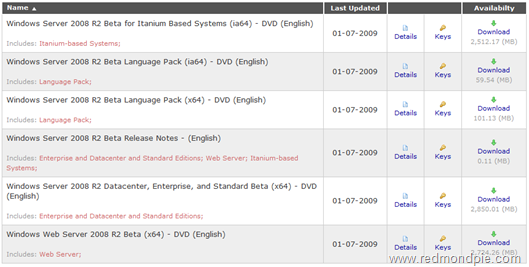