Those with 13-inch Retina MacBook Pros who have experienced seemingly random issues, which saw Safari cause the machine to become unresponsive may not have noticed the issue for a little while now, with the reason for that now detailed in a new support document that was added to Apple’s website this past Friday.

The issue, which gave users no other option but to reboot the affected machine, would see Safari freeze an entire computer apparently at random. 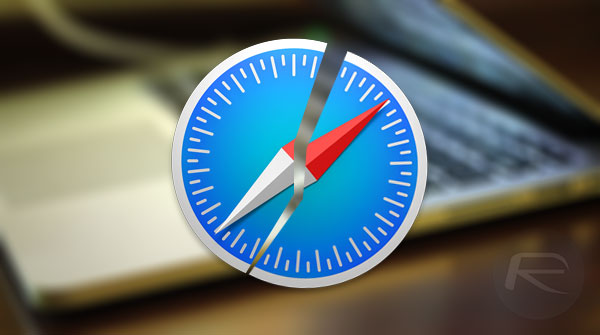 The issue had the potential to affect all Macs, though those with 13-inch Retina MacBook Pros did seem to be particularly badly affected. Those problems are in the past, however, thanks to a fix that was implemented as part of a Mac OS X update that arrived a couple of weeks ago.

The fix itself is about as vague as these things can possibly be, with Apple simply telling its users to ensure that they are using the most up-to-date version of Mac OS X and to, where possible, update the version of Adobe Flash Player. Neither of those things are bad habits to get into even on a good day, but it appears that Mac OS X 10.11.5 – released May 16th – has put the issue to bed for good.

Those who were having consistent issues before the update are now reporting that all is well once again, which is good news, indeed. 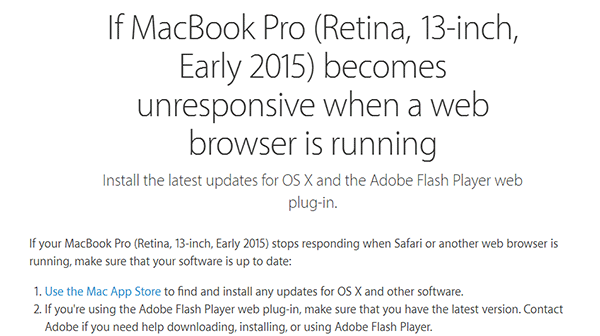 For those curious, initial reports of this particular bug started cropping up in March, not long after Mac OS X 10.11.4 landed on the affected machines. Whatever was wrong, it’s a fairly safe bet at this point that it was part of that update.

Who knows, maybe staying up to date with the latest versions of Mac OS X isn’t always the best course of action, after all!