The Lightning dock has been on the market for six weeks now, with the iPad mini and iPad 4 joining the iPhone 5 as the first devices with the new proprietary connector. As is always the case with new Apple gadgets, sites like eBay are awash with thousands of Lightning connector accessories, and while some are more reputable than others, none have yet been released by any of Apple’s official accessory partners. Belkin does fall under that umbrella though, and in showcasing a series of accessories for the aforementioned devices, is the first company to officially announce Cupertino-authorized Lightning goods.

Belkin was the first third-party outfit to begin releasing accessories for the old 30-pin monstrosity almost ten years ago, so it’s somewhat fitting that the same company does likewise for the significantly scaled-down connector. "We are thrilled," noted Martin Avila, general manager of Belkin’s core division, "to be first to market again with solutions for the new Lightning connector.”

He rightly went on to note of consumers’ eagerness to get a hold of some decent Lightning accessories, and if you’re the kind of consumer that doesn’t like settling for cheap, unreliably-sourced junk prone to breaking, then you will likely rejoice at seeing a company like Belkin finally deliver the goods. Not only is it good to see Belkin join the party, but on the very limited roster is a Charge + Sync Dock – something many have been craving from the get-go. The User Guide of the iPhone 5 suggests Apple may go with an official dock for the iPhone 5 / iPad mini / iPad 4, but until then, you can use the reliable offering from Belkin. 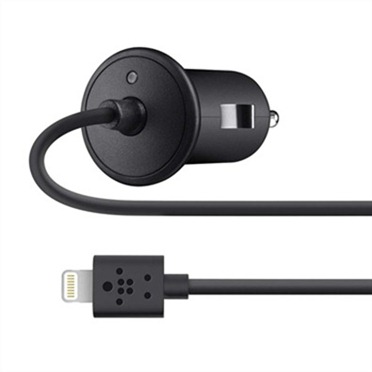 In addition, Belkin will also be shipping an in-car charger on November 15th, and if you want to secure either the car charger or the dock, you can pre-order from now. The dock will likely be in higher demand than the car power pack, which allows you to utilize the "cigarette lighter" adapter to give your device a healthy injection of juice, but either way, with the holiday period looming, pre-order sooner rather than later to avoid any disappointment. 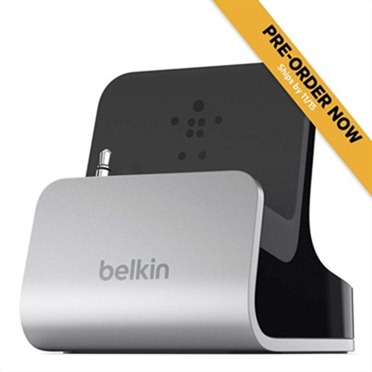 The dock, in my humble opinion, isn’t particularly aesthetically pleasing, although with no other official dock on the market, beggars certainly cannot be choosers. If you want to grab the Car Charger or Charge + Sync Dock, you can grab them here or here respectively.