Apple’s iPhone 6 and iPhone 6 Plus are the two major talking points this week as both await release, and although the devices aren’t set to ship until Friday, early video reviews of each are already beginning to emerge. We know many of you have already bought or are planning to buy at least one of these two new handsets, so check out the details right after the break!

The folks at UNDERkg have managed to get the iPhone 6 and iPhone 6 Plus earlier than billed, and rather courteously, have filmed and shared their walkthroughs and first impressions. 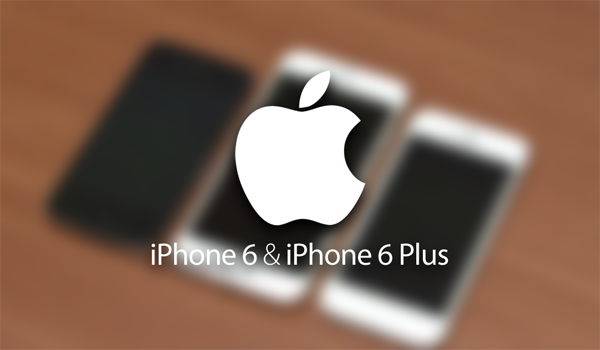 Thankfully, the clips are substantial in length, and with a combined ten minutes of iPhone 6 and iPhone 6 Plus hands-on, both are a must-see for soon-to-be owners, prospective owners, and fence-sitters alike.

The first gets up-close and personal with the iPhone 6, the smaller of the two new devices, and in many respects, lesser-featured. With a 4.7-inch display, it’ll certainly cater to those with smaller hands, and if you’re not in search of a mammoth, Galaxy Note-like phablet, then it’s probably the one for you.

The second video takes a look at the iPhone 6 Plus, although is notably shorter than the seven-minute clip of the iPhone 6. This is probably because, for the most part, both devices are similar, and from an aesthetic point of view, the only major difference is found in the iPad-like UI elements that take advantage of the added real estate.

Although the iPhone 5c was expected to be scrapped after the arrival of yet another double-bill of handsets, both it and the current flagship iPhone 5s will remain. This probably has quite a bit to do with Apple Watch, which requires an iPhone for most of its functionality, and in order to keep the new wearable as accessible to the market as possible when it launches early next year, offering the two 4-inch models at revised prices makes a great deal of sense.

With Apple having clocked 4 million iPhone 6 pre-orders in the first 24 hours alone, we’re braced for the biggest smartphone launch of all time, and as ever, we’ll be bringing you continued coverage right here at Redmond Pie.

Anyway, check out the two hands-on videos below, and be sure to leave your thoughts via the usual channels.