After dropping an initial teaser snippet back in May, Universal in collaboration with Legendary Pictures have today released the first official full-length trailer for the new Steve Jobs movie pencilled for release in October of this year. Rather than showing off a small little teaser that raises excitement but doesn’t exactly show what will ultimately be brought to the big screen, Universal has lifted the curtain on a two-and-a-half-minute trailer that shows Michael Fassbender in action as the iconic Apple co-founder – Steve Jobs.

The movie itself will undoubtedly garner a lot of initial interest purely down to the fact that it has been scripted by Aaron Sorkin, known for his work in The Social Network and The West Wing, and is directed by the multi award winning Danny Boyle of the 28 Days Later and Slumdog Millionaire fame. The English film and theater director has already been presented with eight Academy Awards for various movie successes and will be hoping that his Steve Jobs movie creation will once again propel him into the limelight. Of course, the actual topic of the movie is also sure to drum up interest from technology and business fans alike. 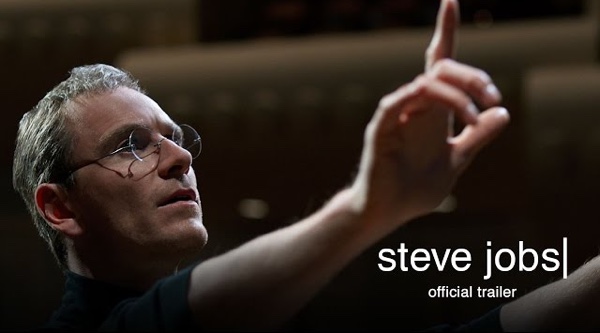 The film itself focuses on three main product launches, ending in 1998 when Apple unveiled the stunning iMac. There’s also intense scrutiny on the personal life of Steve Jobs, and in particular his relationship with daughter Lisa Brennan-Jobs. Universal and Legendary Pictures, along with the direction of Danny Boyle and the artistic talent of the likes of Michael Fassbender who plays Jobs and Seth Rogen who plays Steve Wozniak, attempt to give an insight into the behind the scenes life of a man who is credited with almost singlehandedly starting the digital revolution after returning to lead the company he originally founded with Steve Wozniak.

The official Steve Jobs trailer also gives us a longer look at Jeff Daniels and Kate Winslet in action, who play John Sculley and Joanna Hoffman respectively in the flick. It remains to be seen how viewers will actually react to the movie when it launches in theaters on October 9 later this year, considering how the general community see Fassbender as ‘unfit’ for the role of Steve Jobs.

Containing only three scenes, with each one focusing on a different major product launch in the career of Steve Jobs and Apple, it’s definitely set to be a step away from the usual movie setup that cinema goers will be used to watching.