File Manager Is Coming To Windows Phone 8.1, Here’s What It Will Look Like [Screenshots]

Windows Phone might not be as popular as the contemporary iOS and Android platforms, but that doesn’t mean that Microsoft has given up on it already. In fact, they keep making efforts to improve the overall experience for users of the Windows Phone platform. However, when something is missing the most basic elements, we see little to no hope there. A part of it – no, a fraction of it – might change since Joe Belfiore’s confirmation of a File Manager app around the corner for Windows Phone 8.1. In fact, he had some screenshots to back up his claim as well.

Belfiore made this confirmation at his Reddit AMA today, and showcased the screenshots just to indicate that it isn’t just some work in progress idea but rather, something that’s out there and soon to come to the masses. Based on what we saw, the client appears to have search capabilities, folder creation and modification, and access content inside My Documents as well as the subfolders contained within. That’s pretty much there is to the new File Manager. 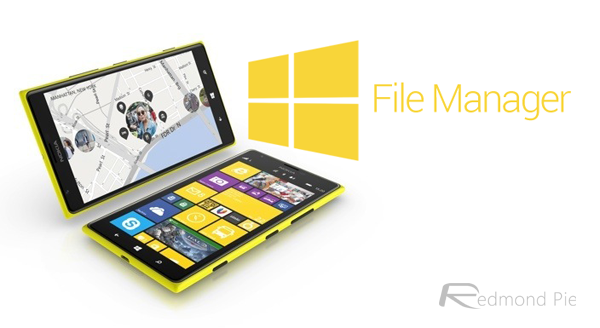 There are a lot of unanswered questions at this point, like what level of access will this File Manager provide. If it has elevated access, that is bound to make hacking the internal file system easier for developers, so there’s a fat chance Microsoft will include that. Then again, it might not be as useful or different from the third-party offerings that are there in Windows Phone Store right now, so I guess we’ll find that out one Microsoft finally lets it hit the Windows Phone 8.1 user base.

Here are the screenshot of the file manager for Windows Phone 8.1 itself: 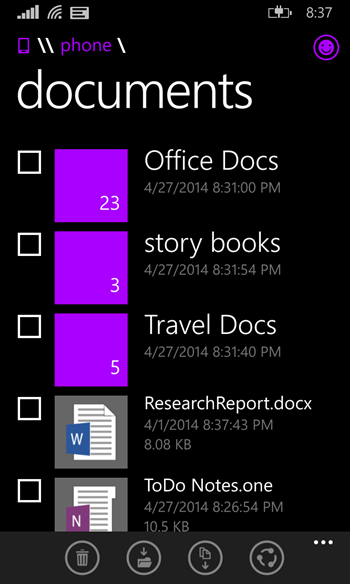 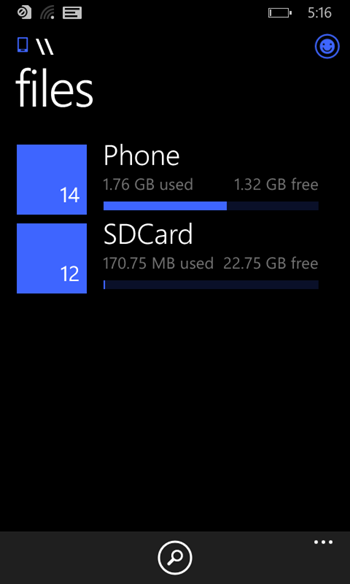 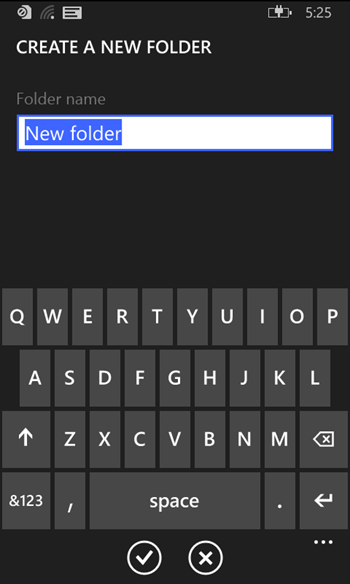 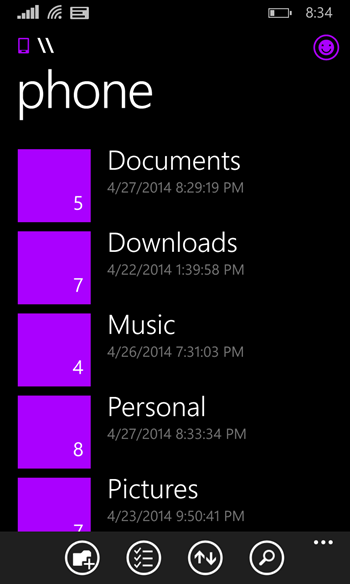 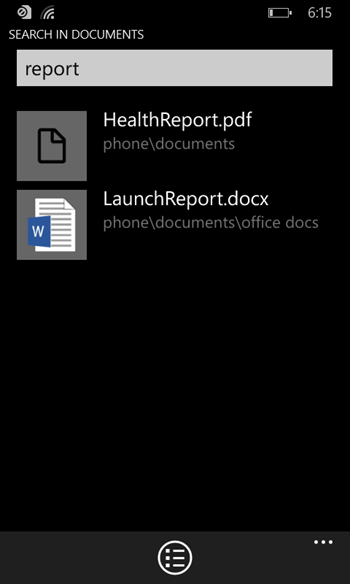 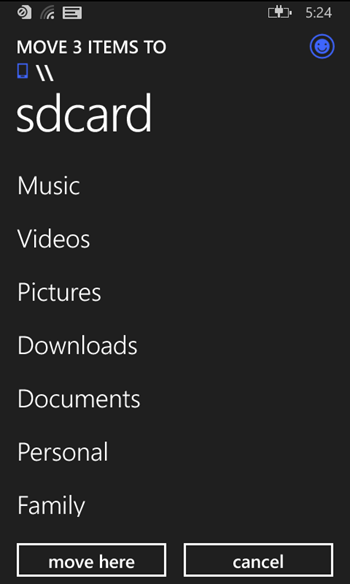 With the powerful capabilities that smartphones of today have, a file manager seems like one of the most basic requirements, not something that you’d consider doing after years of existence. It’s true that neither Android nor Apple have a native file manager either, but hey, with them, it’s a different story – both platforms enjoy massive success already and don’t have a need for standing out similar to Microsoft. Even now with this move, let’s see how the small-ish user community responds, albeit the responses so far seem to be positive.