Even though our iOS devices spend most of their time in a locked state, we often require the underlying features to spring into action quicker than Apple’s mobile OS can deliver them to us.

The camera has been a longstanding example, one which Apple has sought to amend in iOS 5 and the revised iOS 5.1. Users complained that the camera wasn’t accessible enough, meaning by the time they "slide to unlock", locate the icon (in its folder or on the home screen), and initiate the camera app, the so-called "Kodak Moment" had been and gone. The fruit company has since brought the camera button to the lock screen, much to the appeasement of iOS users the world over. 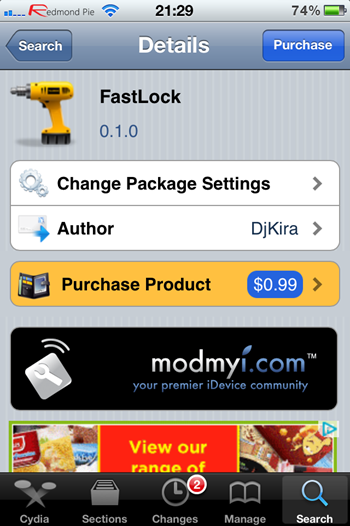 So, that’s the camera out of the way, but there are, of course, a million and one other features iDevice users would like to initiate as quickly, and proficiently as possible. That’s where the aptly-entitled FastLock tweak, recently released over at the Cydia Store, comes into the fray.

For, once installed, a simple double-tap of the home button from the lock screen brings about very simple, extremely useful menu allowing you to place a call, send a message, write an e-mail, chirp a tweet, add a contact or note, set an alarm, or, indeed, take a photo. Moreover, your iPod controls are initiated as normal, and are completely unaffected by the tweak. 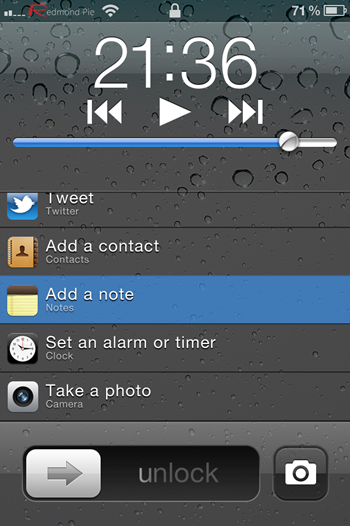 As you can see from the screenshot, it looks almost native, and it works like a charm. Since Apple introduced Twitter integration to iOS 5, with this tweak, you needn’t even leave your lock screen in order to quickly send out your <140, and the whole operation is beautifully seamless. Are you listening, Apple? 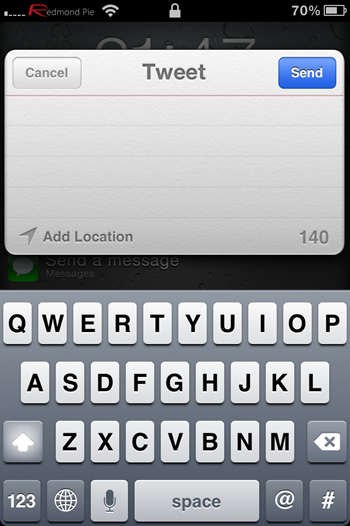 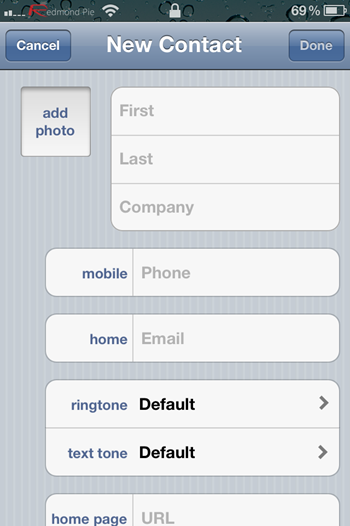 Unfortunately, there are no configurable settings which, if we’re being super critical, is a bit of a let-down. It would be nice if we could dispel one or two of them at our own discretion (I’m never, ever in a hurry to add a new contact, for example), and also, the tweak should allow a user to rearrange the order in which they are listed. "Place a call" sits atop the pile, but in most cases, smartphone users will predominantly send an SMS or an e-mail more frequently. 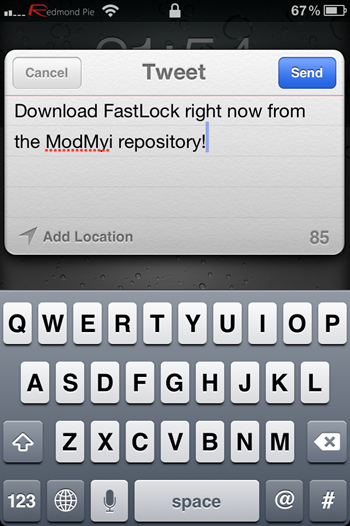 Still, it’s a fantastic little tweak, and can be had for the great price of 99 cents over at the ModMyi repo – a default in your Cydia source list providing you’ve not opted to delete it.