FakeCarrier, a third-party tweak for jailbroken devices, may be one of the simpler offerings on Cydia but it has definitely proved its value over the years. Jailbreaking and liberating an iOS device is predominantly about stepping away from Apple’s walled garden and making changes to how the iPhone, iPad or iPod touch looks and feels. FakeCarrier has long been the package of choice for jailbroken users who wish to remove the branded network name from their status bar in favor of something a little more unique. Like most other popular tweaks, it has now received an iOS 7 overhaul to make it compatible with the latest Evasi0n release and modern A7 64-bit devices.

In the time that’s followed since FakeCarrier came onto the scene, we have witnessed a number of other packages emerge that go a little further in terms of functionality. Tweaks like SBSettings offer the ability to change the carrier string with relative ease, whereas the extremely popular Zeppelin tweak offers the same kind of functionality but with the addition of being able to swap the standard carrier text string out for a swish and extremely appealing logo. FakeCarrier and Zeppelin definitely shouldn’t be mixed up as both hook into the carrier logo on the status bar but offer entirely different features. 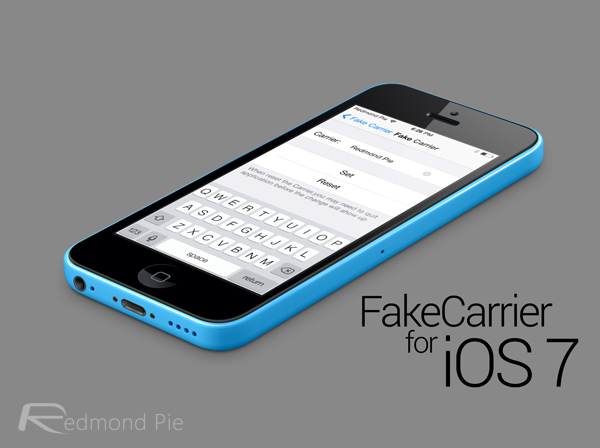 The recent updated to FakeCarrier means that users running iOS 7, regardless of whether it’s on a 32 or 64-bit device, should be able to install it and use it without an issue. That’s the good news. The neutral news is that there doesn’t appear to be any additional features or enhancements added to the package as part of its compatibility update. 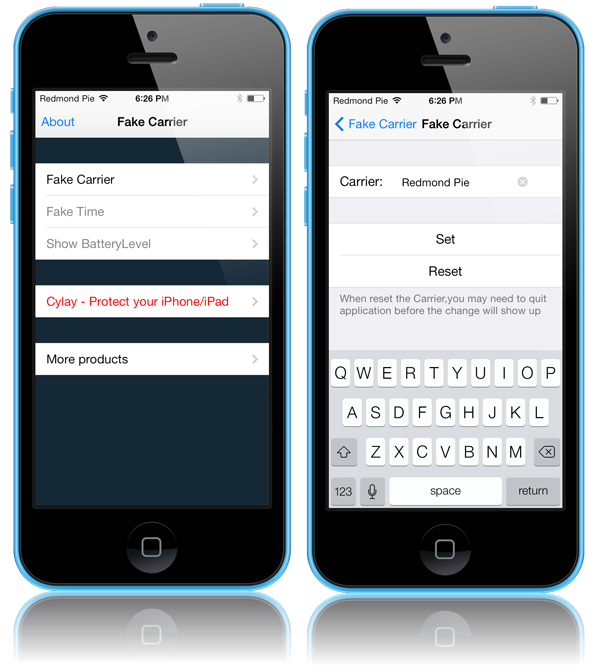 Ever since iPhone software 3.0, users have been able to change the carrier string, add in a fake time stamp and show the battery level in the form of a percentage. Those three main sets of functionality still exist with this latest update to the package. 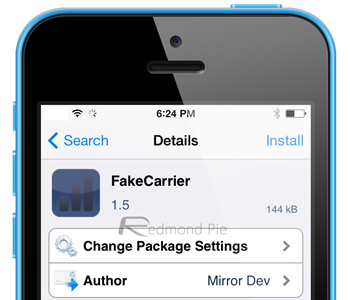 The updated version of FakeCarrier is available as a free-of-charge download from the BigBoss repository and is compatible with jailbroken devices running iOS 4.X, 5.X, 6. and 7.