Facebook Messenger App Is Scanning Your Photos And Messages, Here’s Why

Where Facebook is concerned, the revelations about how it analyzes and utilizes user data just keep on coming. As part of an interview with CEO Mark Zuckerberg, it was revealed that Facebook’s Messenger app scans and analyzes messages and photographs for what it deems concerning or unacceptable content.

Anyone with a rudimentary level of understanding of modern digital platforms will have likely already made peace with the fact that Facebook uses the data it holds about individuals to make recommendations and push specific content to them based on what it deems their interests to be.

The company has also used monitoring technology built into its online services to review content posted to public walls and statuses for anything that could stand out as unacceptable or dangers to public safety. However, it seems that it also affords the same level of big brother to private messages, which will likely be a huge concern for Facebook account holders.

As part of the aforementioned interview, Zuckerberg discussed how the monitoring works by confirming an example whereby the underlying Messenger technology was able to detect private messages related to the tragic ethnic cleansing situation in Myanmar. Once detected, the system was allowed to essentially block those communications from being sent and prevent it from being circulated within Facebook’s infrastructure.

Zuckerberg would likely wax lyrical about this feature as being a force of good in an online world like Facebook, but from a consumer perspective, it’s likely to raise additional questions and concerns about exactly what Facebook is monitoring and what it does with that information.

One thing to note here is that Facebook has confirmed to Bloomberg that communications are monitored within Messenger, but that those monitoring duties are left to automated tools running in the background, meaning that human employees are not tasked with that challenge unless the situation is escalated.

Facebook uses “photo matching technology” to scan images sent through Messenger as well as malware detection to rip through shared URLs. The official line is that this technology is in place to “stop abusive behavior” on the platform, but given the recent headlines around Facebook and how it has historically used data, serious questions are likely to be asked. 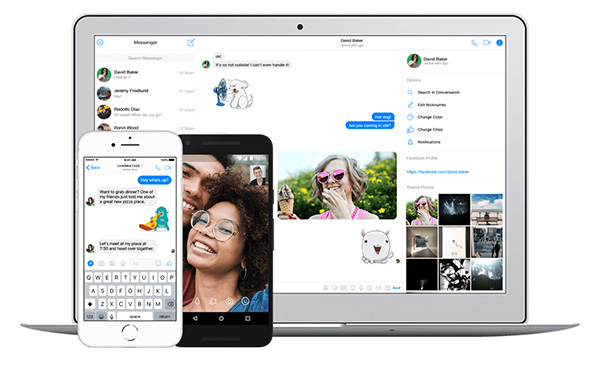