Not so long ago, it was deemed cool to slate the Facebook for iOS app. Zuck’s team had mastered the art of ramping up its user base, but despite boasting the largest social network on the planet, could not master the comparatively simple task of delivering a functional app. However, when version 5.0 came along, things changed dramatically for the better thanks to a complete re-write using native code, and ever since, the hundreds of millions using Facebook on Apple’s iDevice range have been able to enjoy the service with relatively few seams. Today, version 5.3 has been released, and as well as improved News Feed and image uploading, iPhone users will also notice that the Timeline has been worked on.

When socially networking on-the-fly, speed is key, and it’s a virtue Facebook has certainly heeded over the past few months. This latest release is once again faster and generally more pleasing to use, in particular if you’re regularly checking for updates on your News Feed or uploading photos.

As per the official change log over on the iTunes page:

It’s fair to say the vast majority of mobile users enjoying the Facebook app on iOS are doing so on their iPhones, and newly-improved Timeline is arguably the showpiece of this particular update. 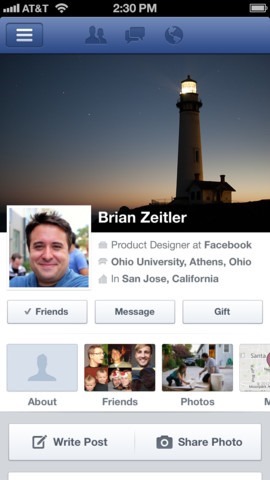 Having briefly given the new release a run-out, I’d have to say this is – as it perhaps ought to be – the very best mobile version of Facebook released on iOS to date. If you have an iPhone, iPad or iPod touch, please check the link provided at the bottom of this post. 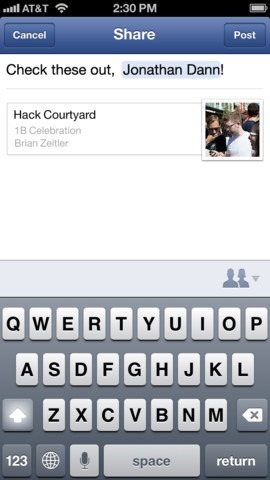 As a side-note, if you happen to be using a device running Google’s Android, the official Facebook App has also been bumped to version 2.0, and like its iOS-tailored cousin, is a great deal faster than the previous version. Details here.