iPhone In Violation Of Three Patents Owned By MobileMedia

Scarcely a week goes by without some mention of a patent dispute within the tech industry, and while we’re used to catching up on the latest in the wave of disputes concerning Samsung and Apple, today’s installment of The Patent Files concerns only the latter. The Cupertino-residing outfit is often a focal point of copyright infringement squabbles, and according to a report by Bloomberg, the company’s iPhone has been found to violate three patents held by MobileMedia.

For those unfamiliar with MobileMedia, perhaps a little background information is in order. The company is owned by Sony, Nokia, and a third party which licenses MPEG patents, and was created by the the Japanese and Finnish companies to defend the respective patents of each. By doing so through this umbrella company, neither can be countersued within the same suit, so in essence, MobileMedia works in much the same manner as the Recording Industry Association of America (RIAA), which represents the interests of the big four record labels.

Now, all the way back in 2010, MobileMedia filed a lawsuit against a then Steve Jobs-led Apple over a total of 18 patents, concerning (but not limited to) screen rotation and call rejection. It is not clear whether these three patents, which have been found by a U.S. Court to be in violation, are related to said functionality, but numerous reports suggest they concern incoming calls, and the transmission of camera data from the iPhone to another location.

With Apple having been granted $1.05 billion in its most recent, high-profile U.S. patent suit versus Samsung, this is more than just the schoolyard trade of insults it often descends into. Samsung is naturally appealing against the decision of Judge Lucy Koh, but should that be unsuccessful, the Korean company will be forced to hand over the hefty sum which, you feel, it would rather burn than give to Apple. 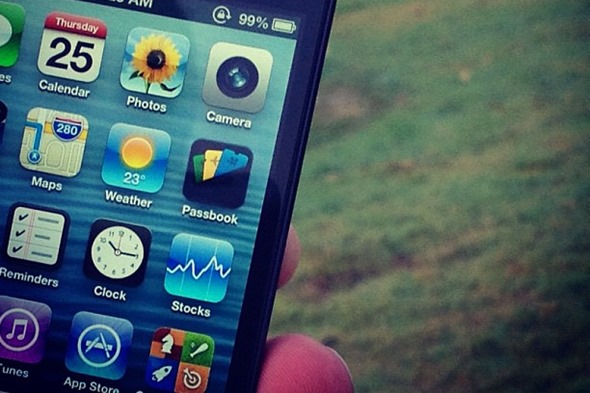 At present, reports are conflicting, with many unsure as to what precisely are the reasons behind the court’s decision. We will, of course, keep you posted regarding any further updates on this case, as well as any of the many other patent disputes currently being fought across the globe between some of the most important names in the technology industry.