Earlier today, we reported on a minor update for Facebook’s iPhone client. It turns out that Facebook had something much bigger up its sleeve: Facebook 2.0 for Windows Phone 7. The new version sports improved aesthetics and push notifications, ahead of the Mango update, which is expected to come out later this year. 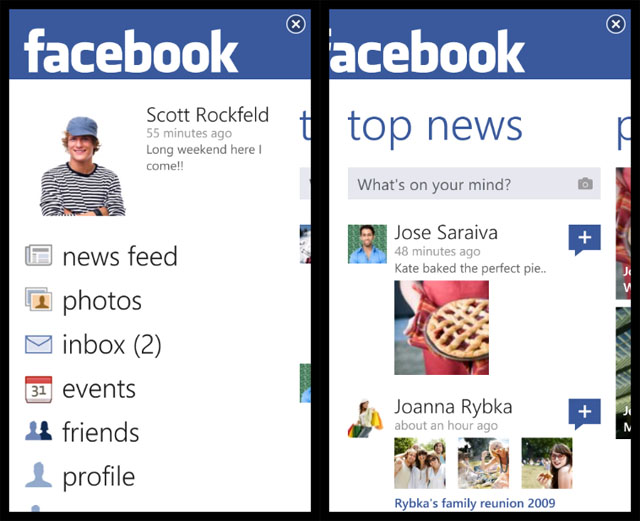 Users can choose when to receive push notifications from a wide list of options, including messages, wall posts, photo comments and photo tags. How notifications are displayed can also be customized as well, by either turning them off altogether, disabling toast notifications while still displaying the live tile or turning the feature on completely. Notifications is a crucial feature for those who rely strongly on social networking.

In order to enable this feature, which isn’t on by default, you need to access the App’s settings, look for the "Push Notifications" section and select the mode you want from the "I prefer to receive" drop down. You can choose when notifications should be displayed the way we mentioned above. 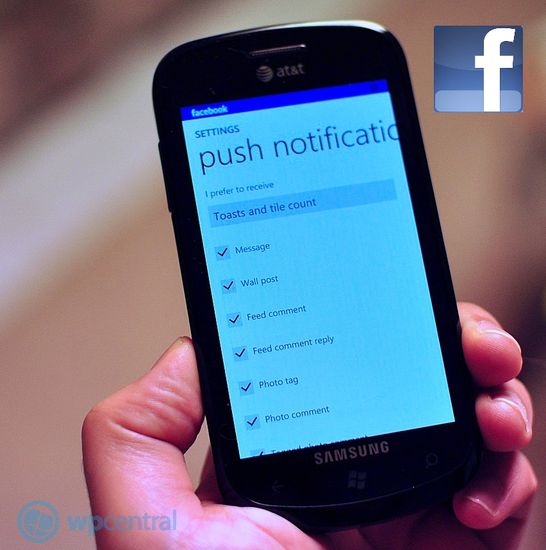 Push Notifications are expected to be included system-wide natively in Mango, a future update for Windows Phone 7. Mango, which was first showcased at MIX 2011 early this year, includes several other much wished-for improvements, such as multitasking, slight user interface enhancements across the board, a much-improved browser with the same engine as the desktop version of Internet Explorer 9 and system-wide integration with Facebook Chat, LinkedIn and Twitter. Mango is expected to be released to customers later this year, with preview releases already available to selected developers. These features build on Windows Phone 7’s original promise of pulling info from the Internet almost constantly and using it to create a more interconnected mobile experience. 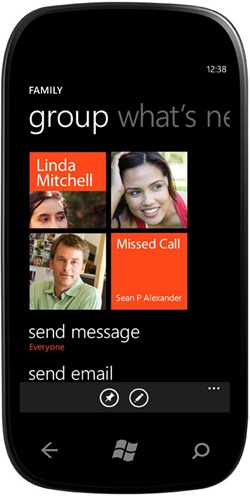 In addition to push notifications, the new version of the client is said to be a lot snappier and "more complete", maybe even as usable as the iOS version. Facebook’s experience across mobile devices is quite inconsistent at best: while it’s sublime on iOS, Android users are pretty far behind, with crucial features still missing. If that wasn’t enough, there’s no iPad client yet, after the company’s CEO Mark Zuckerberg dismissed the device as "not mobile". Although a client is reported to be in the works, it’s great to see Facebook being swift at improving its Windows Phone solution.

You can get the new version of Facebook from the Windows Phone Marketplace.