Facebook announced in a post that its iPhone client has been updated to version 3.4.3, which no change log other than "various bug fixes" and "improved security". Time to fire up the App Store and update, folks! 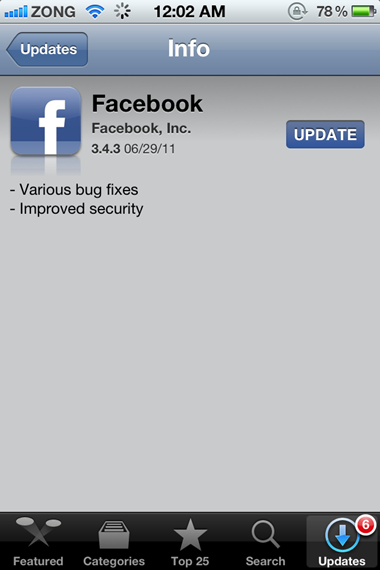 This comes just 5 days after Facebook released version 1.6 of its client for Android, which included long-awaited features, such as Page viewing and direct video uploads. Unlike the Android version, however, the iPhone version of Facebook is a lot more mature, feature-packed and arguably more user-friendly than the browser version of the site itself.

While that might be the case, it wasn’t always this way. Versions 1 and 2 of the app was comprised of a mere timeline with posts from friends, essentially a replacement to Facebook’s iPhone-optimized mobile site, which was made available one year earlier. It wasn’t until August 2009 that the app was fully overhauled to look like what it is today: a social dashboard where the News Feed is just one of the many sections available within it, along with built-in chat, events, friend and group management and even places. 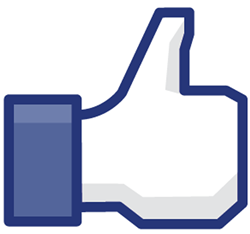 Facebook might be on the verge of expanding its fingerprint in the mobile market. As we reported a few days ago, George Hotz, a popular iPhone & PS3 hacker in the jailbreak community, was recently hired at Facebook to work on an undisclosed project. Despite the company’s secrecy, many speculate that this hire will lead to many advancements in the company’s mobile division, where Hotz is probably working. There are many areas where Facebook’s mobile presence could be improved: for one, there’s currently no iPad client, since Facebook’s CEO Mark Zuckerberg dismissed the device as "not mobile" back when it was first introduced; yet, it’s clear that people want an iPad client, which is now rumored to be in the works. Many Android users have also complained that the client isn’t yet fully featured on the platform, even though its usage has grown significantly over the last year. 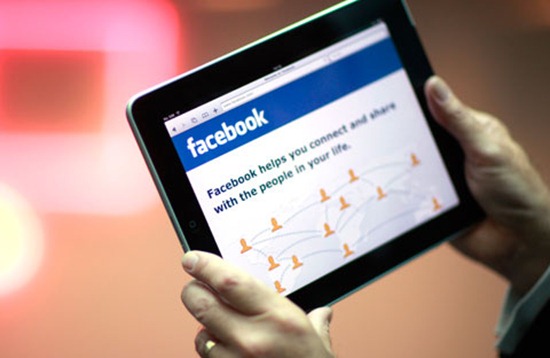 Due the security nature of this release, it’s important that users update their phones as soon as possible. Aside from the underlying bug fixes, users should notice no changes in this release.