Gmail Gets A Refreshing New Look, Here’s How To Get It Now!

Two days ago, Google+ was introduced to the world as Google’s new social networking endeavor. It featured a new look that was rather uncharacteristic of Google: a dark toolbar and orange buttons. It now turns out that all sites under the Google brand will be getting the new look, starting with Gmail, which now has a Google+ skin.

In addition to the new color scheme, buttons on the user interface seem to be larger and more prominent. As of yet, the new look is in preview mode, as a Gmail theme. It can be easily switched on by accessing the Gmail themes feature, like so:

Step 1: Log into Gmail and hit the gear button on the top right corner of the page. Then select "Settings".

Step 2: Head over to the "Themes" tab, scroll down and select the theme named Preview. The new theme should now have been applied. 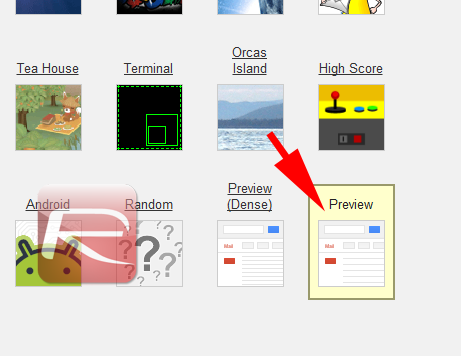 The new theme takes up quite a bit more screen space, which could require a little bit more scrolling, although it’s irrelevant, in my opinion. If you’d rather have a the compact version, however, you can select Preview (Dense) instead. If you get sick of a new look, you can always go back to Bold Blue, or whichever theme you were using up until now, although I wouldn’t be surprised if the new Google+ theme became default in a matter of months. 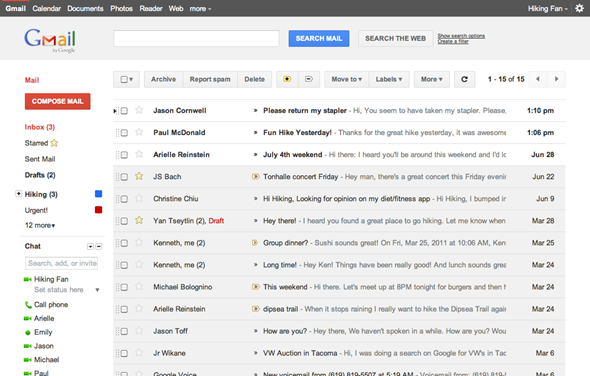 According to Jason Cornwell, this redesign is “step one of a monster series of upgrades over the next few months”. With a redesigned home page, Gmail and allegedly more to come, this could represent Google’s greatest rebranding effort in the last decade, maybe more. Those who have complained about Google’s previous bland look should have one less thing to complain about.

Google+ was first unveiled two days ago and represents Google’s new effort to become relevant in the social networking space, after the failure of Ping, and Wave before it. Currently an invite-only service, Google+ is marketed as a friendly social network built around natural human interactions. Features include +Circles, a new flexible way to manage friends and the information that’s available to them, and +Hangouts, dynamic multi-person video conferences.

While the current hype might be no sign of how popular the service will be in a few months, Google has managed to capture the headlines, at least so far.