With the release of iOS 10, developers of voice calling apps can now take advantage of something named CallKit which allows third-party apps to behave in the same way as the Phone app does. This means that incoming Internet-based calls will look and feel like a standard cellular and FaceTime calls depending on the app that’s being used, and Facebook Messenger has now received an update which brings CallKit to the app.

What all this means is that anyone who receives a call from a Messenger user, and is using iOS 10, will see a standard full-screen phone-like incoming call notification rather than a standard banner notification. 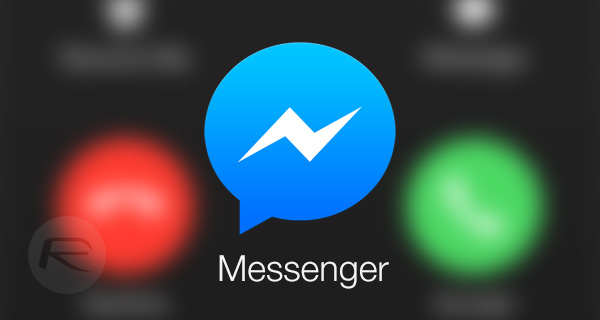 This means calls can be easily answered or rejected from the Lock screen for example, and once a call is accepted users will see the Messenger app loaded and the call connected. Those not paying attention may not even notice that the call is of the Messenger variety, because the interfaces for incoming calls are now very much identical thanks to CallKit.

The new CallKit API also allows for the red status bar that iOS presents when a call is ongoing, and users can now come out of the Messenger app and then tap that red status bar to be instantly transported back to it. There really is now no difference between telephone calls and Internet calls assuming the app’s developer has updated the app to take advantage of CallKit. 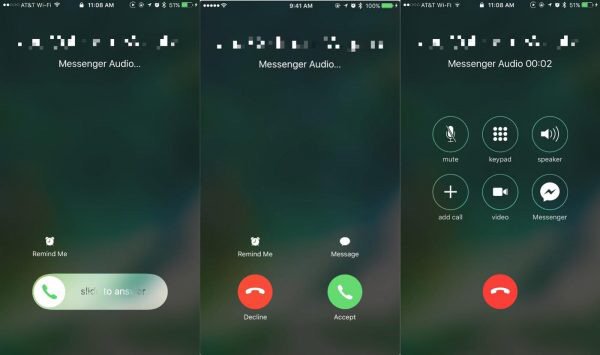 Another benefit of Internet-based calls being treated the same as cellular calls is that any CallKit-supporting app will now also be usable alongside CarPlay. Currently, CarPlay suppresses notifications from such apps, but as CallKit makes Internet calls work the same was as standard telephone calls, this is no longer the case for apps such as Messenger. That’s great news for anyone using CarPlay. 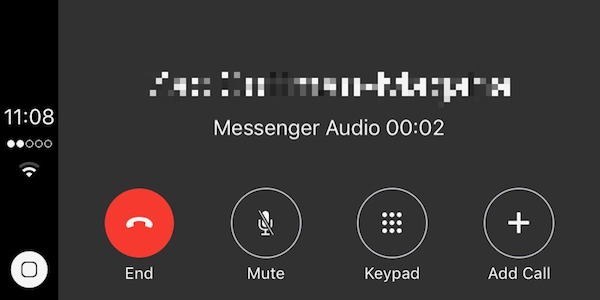 Another Facebook-owned app WhatsApp was also updated last week to add support for CallKit in iOS 10 for its voice calling feature.

Version 89 of Facebook’s Messenger app with iOS 10 CallKit support is now available to download from the App Store.