Apple today has made available for download iOS 10.1 beta 1 to developers and testers to sink their teeth into once again on their compatible iPhone, iPad, and iPod touch devices.

Enthusiastic developers have had their services utilized quite heavily by Apple over the last three months by being called upon to test iOS 10 after it was announced during the opening keynote of this year’s WWDC. With iOS 10.0.1 now in the hands of the general public, and being installed globally on compatible iPhone and iPad hardware, Apple has started the testing process all over again with the release of the first iOS 10.1 beta. 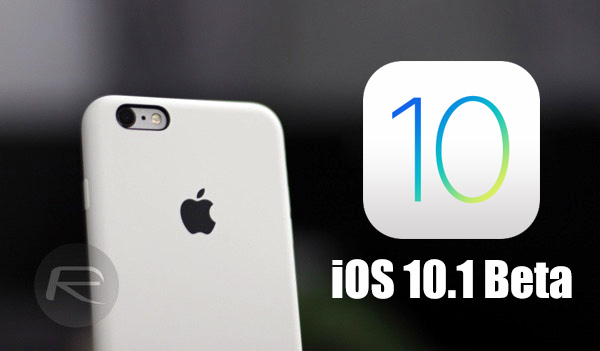 It shouldn’t really come as any great surprise that the Cupertino-based company has asked developers to test iOS 10.1 so soon after the initial release of iOS 10.0.1 to the public. Apple used the recent iPhone 7 event to not only introduce its latest smartphones, but to also announce that a software update would be released to introduce in due course to elevate the iSight-Duo camera system on the iPhone 7 Plus to its true potential by unlocking its depth-of-field and bokeh capabilities. iOS 10.1 does exactly that.

With that in mind, Apple is particularly keen for iPhone 7 Plus owners to get involved in the testing process, and to make sure that the innovative dual-lens camera on the device, which offers a single telephoto lens as well as a wide-angle lens, is capable of getting the most out of the new functionality. The hope is that iPhone 7 Plus owners will instantly be able to capture stunning images that give the impression that they have been captured on what is perceived to be a much more capable, high-end DSLR device.

In addition to offering this new and important functionality, Apple has also introduced the obligatory bug fixes and performance enhancements that should hopefully make the iOS 10 experience a much better one across multiple device types and models.

With iOS 10 being out for public consumption for over a week now, Apple will have started to collect data on any bugs or issues that need addressing as a matter of urgency. iOS 10.1 looks to fix those issues at the same time as introducing the all-important camera enhancement for iPhone 7 Plus owners.

Registered developers of Apple Developer Program can get their hands on the first beta of iOS 10.1 right now on a compatible iPhone, iPad or iPod touch by heading over to developer.apple.com. If you already have Apple’s iOS OTA configuration profile installed, you can simply head to Settings > General > Software Update on the device to grab the new update from there. 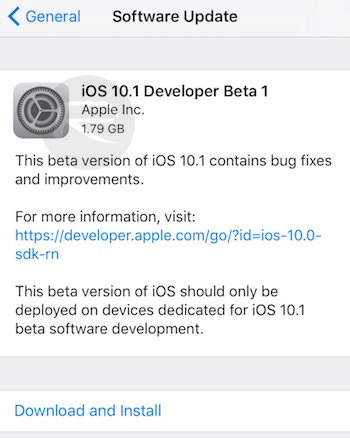