Facebook has continued the development of its Messenger platform by building a relationship with one of the world’s best known and most commonly used cloud storage providers. Users around the world are now able to share files stored in an active Dropbox account directly into existing and new Facebook Messenger conversations without having to leave the app and jump through multiple hoops to either store the file locally on device, or copy and share a direct Dropbox link. This new integration caters for multiple file types and makes the whole process of sharing files so much slicker and efficient.

The integration is now live and accessible directly through Facebook’s Messenger app under the “More” section. For those that may not be particularly adventurous in exploring what each section of Messenger can offer, the “More” part is accessed by the three dots icon in a chat environment, along with a host of other existing integrations. Dropbox has now been introduced into that system. 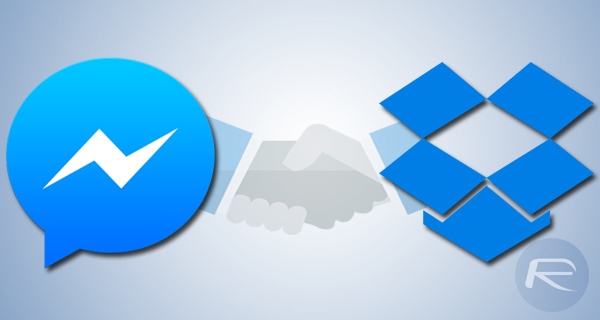 As long as you actually have the Dropbox app installed on your device, Messenger will allow you to essentially invoke Dropbox over the top of the Messenger app. This will require the usual authentication, either via Touch ID or passcode, if one is in place through the Dropbox app settings, and will then instantly provide access to the file structure that you have in place in your Dropbox account. Users can choose to share a photograph including GIFs, video, or even a text document that is instantly handed back to the Messenger conversation and shared as part of the stream just like any other file would be that was chosen from the device itself.

Images, videos and GIFs will be displayed directly in the chat, but any other documents such as a text document for example, will open directly in the recipient’s Dropbox app with the ability to save the file to their account. 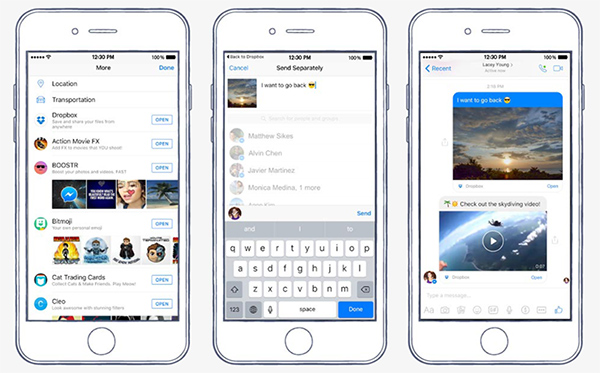 Previously, sharing this type of content would have been a little fragmented, and would have required the user to access Dropbox independently of Messenger and save the file to the device for sharing. Alternatively, it would have been possible to share a Dropbox link that would allow the recipient to view and download the file outside of the Messenger platform. Neither of those solutions were particular “pain free”, which is why this new method is sure to be extremely popular.