Facebook Messenger For iPhone, Android Updated With Free Wi-Fi Calls For All

Facebook’s commitment to mobile has undoubtedly been questionable in the past. The purchase of Instagram and subsequent acquisition of WhatsApp has proved that Mark Zuckerberg’s social network definitely sees native mobile experiences as of paramount importance to the company’s immediate future. However, it’s the continuing development of the Messenger app that manages to convince us that the small screen is extremely important to Facebook. It’s only been a matter of days since Messenger was updated with a powerful group management system, but version 4.1 for iPhone and Android is already here, bringing with it the introduction of unlimited free voice calls via a Wi-Fi connection.

The latest update to Facebook’s official Messenger app means that users are now able to interact with their Facebook connections in a whole new way. The existing conversation stream within Messenger has been tweaked to include a new phone icon that acts as an indication that both recipients are using the app and have calling capabilities. The integration of the voice calling feature is yet another “Messenger only” amendment that will undoubtedly prompt a lot of users to move away from using the Web or native Facebook app for regular and lengthy conversations. 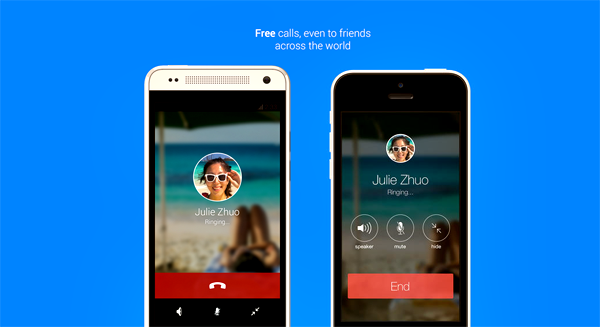 The free unlimited voice calls between Facebook users with the Messenger app will be available through a mutual Wi-Fi connection. Messenger to Messenger calls can take place over a 3G or 4G cellular data connection, but could become chargeable for those who have a limited or restricted data plan with their provider.

It’s also worth noting that one of the major benefits of this update to Messenger is that it now essentially makes international calling entirely free for those with unlimited data plans or Wi-Fi capabilities. Given the social nature of Facebook and the fact that its users are spread out all over the world this can only be a huge benefit. 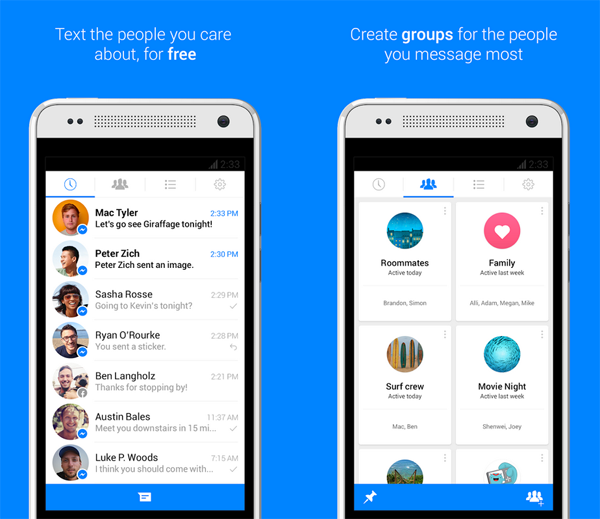 This initial rollout is likely only the first voice based integration that we will see from the Facebook team. It’s already been confirmed that similar VoIP features will be added to the WhatsApp mobile app in due course.