Facebook for iPhone 3.2.2 Has Been Released. Fixes Login Issue for Jailbroken iPhones 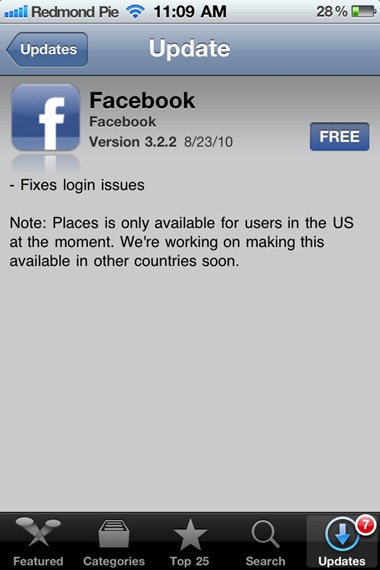 – Fixes login issues
Note: Places is only available for users in the US at the moment. We’re working on making this available in other countries soon.

Hit the update button now and let us know if all your issues have been resolved !