According to Hitwise data released today, Facebook was the most visited website in the United States for 2010. Facebook.com took 8.93% of site visits between January and November 2010. Google.com came second at 7.19%, Yahoo! Mail third with 3.52%, Yahoo.com came fourth at 3.30%, and YouTube was at fifth with 2.65%. 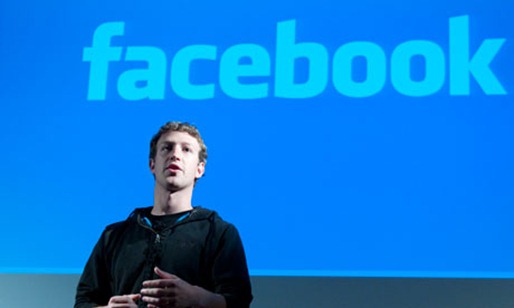 Facebook beat Google.com out of its crown this year. However, according to Hitwise data, all Google sites combined cover up 9.85% of all site visits. Which makes Google as a whole still more popular than Facebook. 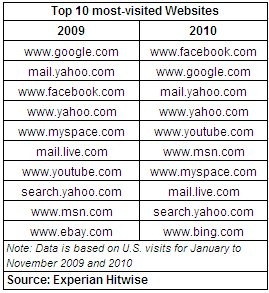 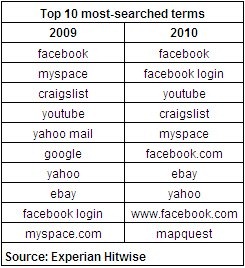 Top searches from various other categories include:

5. Harry Potter and the Deathly Hallow

1. Dancing with the Stars

3. Young and the Restless

The top generic search term was "hulu" within Television category

Sports – the top searched for athlete was Tiger Woods and the top sports team was the Dallas Cowboys from within the Sports category.

News and Media – the top searched for person was Bret Michaels followed by Tiger Woods and Sandra Bullock within the News and Media category in 2010.

Employment – Indeed accounted for 2.47 percent of all searches in the US among the top 50 terms for the Employment category in 2010 when combining common search terms – e.g., indeed and indeed.com.

In 2009, Facebook was the third most visited website, getting to the top this year came as a surprise. Although this was predicted before, and Hitwise came to the same conclusion back in March. [via TheNextWeb]