Facebook may have started out as a social network that was aimed at allowing lost connections to reacquaint themselves with one another, but as we can all tell now, it’s grown exponentially since then into the Internet behemoth we know today. Facebook also likes to boast that part of the astronomical social experience centered around the fact that businesses on Facebook and end-users have together exchanged more than one billion messages between them, which perfectly paves the way for the introduction of Facebook’s new chat bots, officially called as “Bots for Messenger”, as announced during the company’s annual F8 developer conference today.

With Bots for Messenger, Facebook will now let businesses build bots for its Messenger service. This further opening of the Messenger platform means that powerful brands and companies of all sizes will be able to enlist the services of development talent to build software that will interact with users of Messengers on behalf of the company. Think of it as social artificial intelligence. 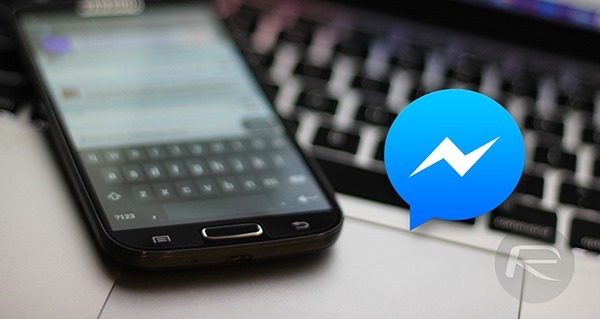 The development of the Messenger platform has been rapid in the time that’s followed since Facebook released it as a standalone app and service. Even Zuckerberg himself managed to draw a laugh from the audience by proclaiming that Messenger was the “fastest growing app” last year. Ahead of the main Facebook app, of course.

Messenger now boasts a total of 900 million active monthly users, meaning that based on current growth rates it won’t be long until it hits and surpasses the golden one billion number. It makes perfect sense for Facebook to be introducing this level of chat artificial intelligence at this stage as part of an attempt to further increase the presence of businesses on the platform.

When these chat bots are live for everyone in iOS, Android and other mobile apps, they will be accessible to users through a persistent search bar that will live at the top of the app’s interface. 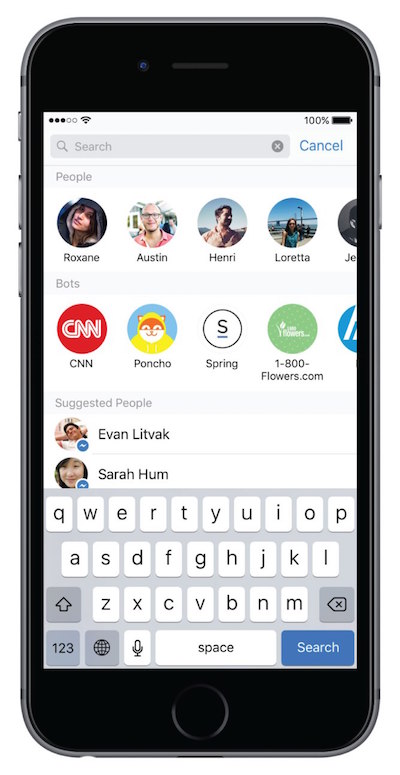 Users can quickly and easily search for any bot that they want to interact with in order to engage with a business or brand. Facebook itself will also be doing a little bit of jiggery-pokery behind the scenes to recommend available bots based on usage habits or preferences within the app. A little bit scary, but probably no less than we’ve come to expect from companies that harvest data like Facebook.

Here’s a video showing Bots for Messenger in action:

Apart from Bots for Messenger, Facebook also announced that it is opening up its Live video API to everyone, letting developers use the API to build the live streaming to Facebook functionality in any app they want. DJI, the company that makes drones, is among the launch partners. DJI will let its drone customers live stream to Facebook directly from their drones.