Evasi0n iOS 6 / 6.1 Jailbreak For iPhone 5 And Other Devices Announced, Release Likely This Week

This is just in. The Evad3rs team have just announced Evasi0n, an iOS 6 / 6.1 untethered jailbreak tool for Windows, Mac and Linux. While the tool hasn’t been released yet, it is currently in final testing stages, and if a recent tweet of MuscleNerd is anything to go by, release is likely set for Sunday.

The announcement was made today on the official Twitter account of team Evad3rs, which consists of prominent iOS devs such as MuscleNerd, Pod2g, Planetbeing and Pimskeks.

Evasi0n will support all firmwares from iOS 6.0 through iOS 6.1, and will be compatible with following devices:

The only device which is currently not supported is Apple TV 3. 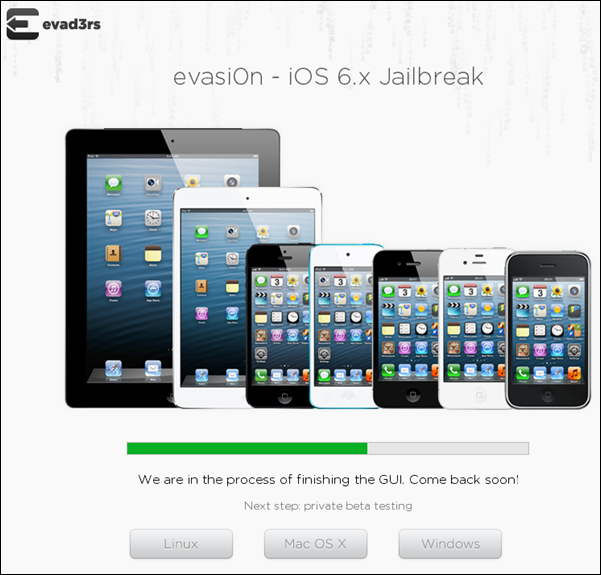 5 minutes of your time!

A USB cable to connect the device to the computer

Even though all iOS 6.x firmwares (iOS 6.0, 6.0.1, 6.0.2 and 6.1) are said to be supported, it is highly recommended to update to the latest iOS 6.1 version via iTunes (you can download iOS 6.1 firmware from here), NOT OTA (over-the-air), to take full advantage of all the features the latest firmware has to offer, with the added benefits of the jailbreak. 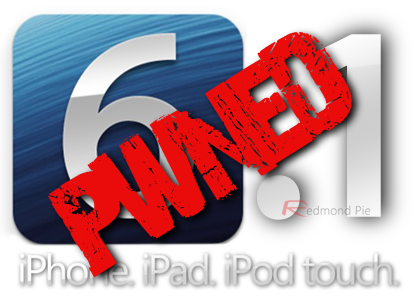 We will obviously post a complete step-by-step tutorial along with a video walk-through on how to jailbreak your iPhone 5 and other supported devices – untethered – using Evasi0n, as soon as it is released! So stay tuned for that.

Oh and yes, those of you who are sporting older A4 and below devices (iPhone 4, iPhone 3GS, iPod touch 4) can jailbreak iOS 6.1 tethered right now using Redsn0w.

UPDATE x1: Looks like there is a nice little Easter egg hidden on the official evasi0n.com website. If you notice the icon of Calendar app on all the devices, you will see a “3”, indicating that jailbreak will likely release on Sunday, February 3. (via @Pix3lDemon | Thanks to Alexander Bell for sending this in!)

UPDATE x2: Windows and Mac version of the tool are complete. Private beta testing is next. More details here.