At this years’ Hack in the Box conference in Amsterdam, Evad3rs not only presented the Evasi0n jailbreak, but also took time out to answer some of the common questions in a separate exclusive Q&A session with the press. The video recording of this session is now available online for everyone to see.

"We won’t waste our time," said Pod2g last week when asked if the Evad3rs team were contemplating the search for a viable jailbreak on iOS 6.1.3. If there was any shred of hope that the latest Apple firmware would be getting an untethered jailbreak, Evad3rs pretty much pulled themselves from the running. But, with the team having several potential exploits on the table for an eventual jailbreak of a more significant iOS version in the future, the decision actually makes a great deal of sense.

With the vast majority of the iOS 6 faithful now having had ample opportunity to jailbreak on iOS 6.0 through iOS 6.1.2, there’s little reason for Evad3rs to spend great amounts of time sourcing exploits within a firmware which, to all intents and purposes, is basically the same as any other iOS 6.1.x release hitherto. The famed jailbreak ensemble has a couple of options on the shelf which could be used with future firmware versions, but with no idea as to what Apple has planned, there’s no real way of knowing whether they will come good or indeed remain in the archives. 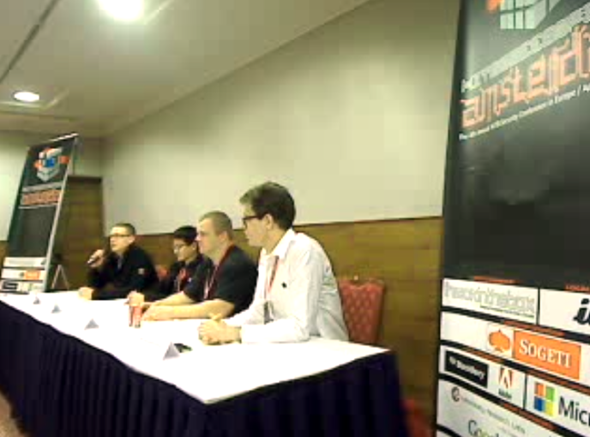 One thing is absolutely certain, though, and that is that iOS 6.1.3 will not be seeing an Evasi0n jailbreak. Although we could never rule out the possibility of a third party working to bring an untether to the latest iOS release, it would seem at best, extremely improbable. So the take home message is this: if you’re on a device running iOS 6.1.3, it won’t be getting an untethered jailbreak anytime soon, or maybe never.

Those who only just picked up their shiny new iPhone, iPad or iPod touch to find it stocking iOS 6.1.3 as standard will likely be disappointed that they missed the boat, but hey, when iOS 7 hits later on this year, everybody will be on a level playing field once again. The famous cat-and-mouse cycle will proceed in yet another exciting chase, and although naturally, Apple is closing more and more doors as time goes on, the jailbreak devs – particularly those whom comprise the Evad3rs team – will be just as dogmatic in trying to find ways to slip through the net.

If you still have an A4 device, you can get a tethered 6.1.3 jailbreak using either Redsn0w or Sn0wbreeze. Follow our guide to jailbreak iOS 6.1.3 using Sn0wbreeze.