End Of An Era: AOL Instant Messenger (AIM) To Be Discontinued In December After 20 Years Online

For some, this will almost be as bad as seeing the faithful MSN Messenger communication tool being given its death sentence, which happened back in 2014. We hate to bring the bad news (for some anyway), but AOL parent company Oath has announced the official discontinuation of its AOL Instant Messenger (AIM) platform twenty years after it was first offered for download on Windows computers in 1997.

The company behind the platform made the official announcement in a blog post shared through Twitter, with the accompanying line that “all good things come to an end.” 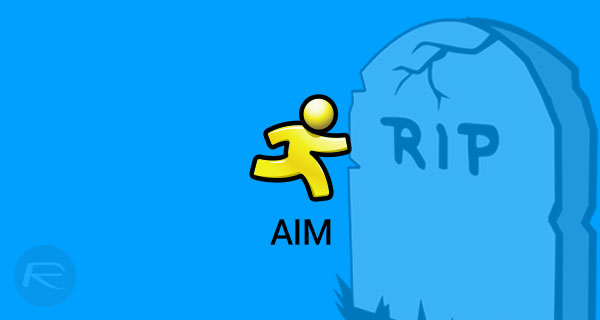 The tweet also confirmed that the messaging tool will be officially discontinued and reach the end of its life on December 15, 2017. We aren’t exactly sure how many people are still religiously using the tool, but Michael Albers, VP of Communications Product at the business, said the product is being killed because people are communicating in a different way in the modern age:

If you were a 90’s kid, chances are there was a point in time when AOL Instant Messenger (AIM) was a huge part of your life. You likely remember the CD, your first screenname, your carefully curated away messages, and how you organized your buddy lists. Right now you might be reminiscing about how you had to compete for time on the home computer in order to chat with friends outside of school. You might also remember how characters throughout pop culture from “You’ve Got Mail” to “Sex and the City” used AIM to help navigate their relationships. In the late 1990’s, the world had never seen anything like it. And it captivated all of us.

AIM tapped into new digital technologies and ignited a cultural shift, but the way in which we communicate with each other has profoundly changed. As a result we’ve made the decision that we will be discontinuing AIM effective December 15, 2017. 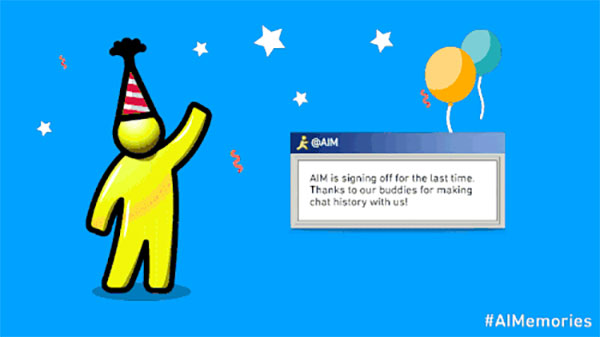 As well as announcing the end of AIM in the blog post, Albers did also allude to the potential of the company releasing something which it believes could change lives with its existence, but no additional information or clarity was provided.

It’s definitely the end of an era as far as early Internet communication tools are concerned, but it’s hard to deny that the majority of us use alternative tools and services these days.