You have to be stuck in the dark ages to not want an intelligent virtual assistant these days. Apple has Siri. Google has Google Now, and Microsoft has Cortana. It’s rumored that Facebook will ultimately have Moneypenny, but let’s not get into that discussion right now. The ‘Hey Cortana’ feature is present and correct in Windows 10 but is turned off by default. Thankfully, it’s extremely easy to to get access to the system settings to turn it on, so we’re going to show you how.

As well as ensuring that Windows 10 allows immediate Cortana assistance when saying “Hey Cortana”, the internal settings also allow Cortana to respond to anyone attempting to interact with her, or it can be locked down to a solitary voice. Follow the simple step-by-step guide below to get up and running with Cortana immediately. 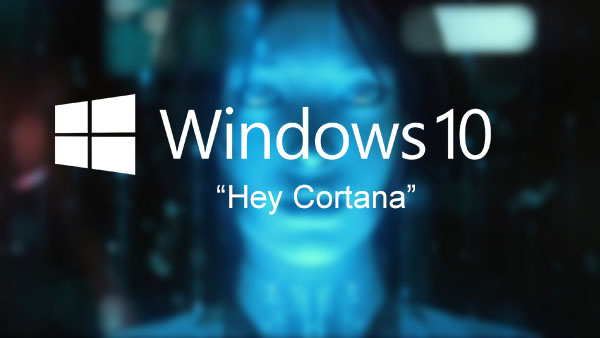 Step 1: Click or tap the search field in the Taskbar.

Step 2: On the left hand side of the presented menu select the icon that resembles a Notebook, located under the home icon. 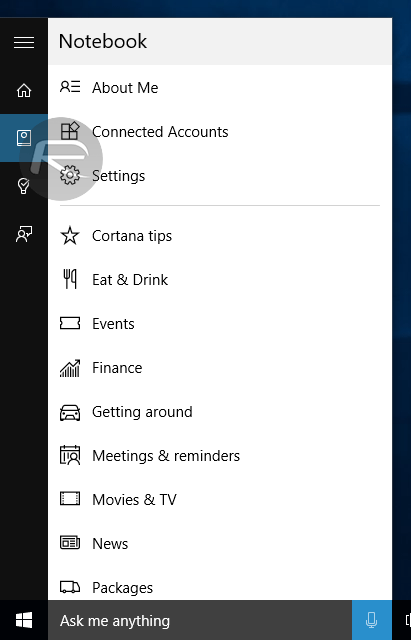 Step 4: The resulting interface should display a number of settings pertaining to Cortana and other areas of the OS. Under the heading Hey Cortana make sure the toggle for Let Cortana respond to “Hey Cortana.” is switched to On. 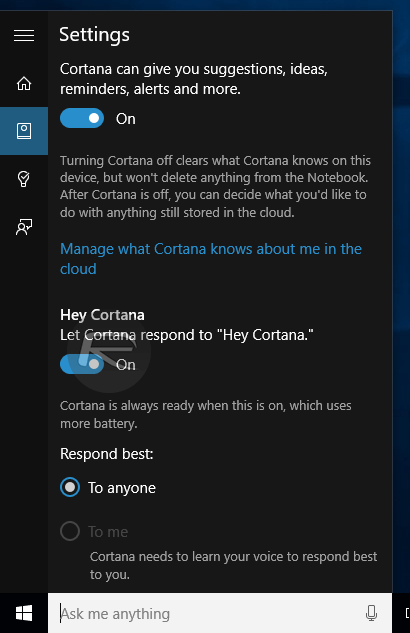 Additional settings include instructing Cortana and allowing it to respond to anyone’s command that begins with “Hey Cortana”. Alternatively, this can be limited to just your own voice. In the case of the latter, you’ll need to train Cortana to understand your own voice using the Learn my Voice button.

As part of the process of learning an individual voice, Cortana runs through a collection of phrases that the user is required to repeat. Phrases such as “Hey Cortana, what’s the traffic like on the way to work?”, and “Hey Cortana, when I talk to Joy, remind me to tell her congratulations on the job.”.  These phrases are of course all actual commands that can be given to Cortana at any time to get feedback and help from Microsoft’s virtual assistant. Windows 10 users in the United States, United Kingdom, China, France, Italy, Germany and Spain are currently able to take advantage of Cortana in Windows 10.