Back when iOS 4.3 was in its beta days, all the fuss was about its fancy new multitouch gestures for switching between apps as well as returning to the home screen on iPhone, iPad and iPod touch. 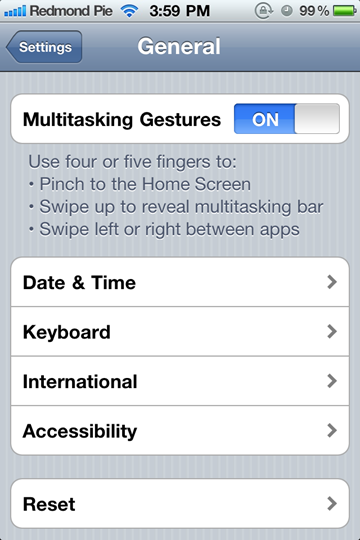 That feature never found its way into the final release unless you use Xcode and turn your iDevice into developer hardware. Now though, that’s not strictly true.

A new tweak is now available on jailbreak store Cydia that will enable the aforementioned multitouch gestures with the tap of a button.

You will, of course, need to have a jailbroken iPhone or iPod touch to install it. Follow our step by step guide posted here to jailbreak your iPhone, iPad or iPod touch with Redsn0w on iOS 4.3.1, or with PwnageTool 4.3 (untethered | tethered), or with Sn0wbreeze on Windows if you haven’t already. 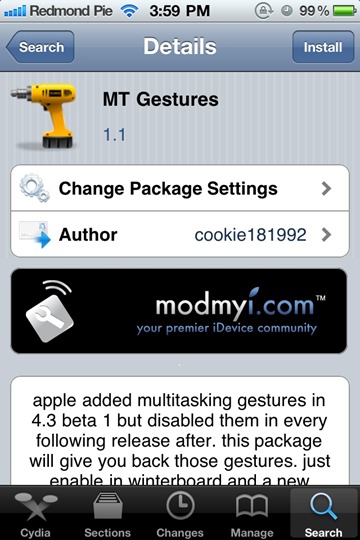 After a swift respiring, you’ll have access to some handy dandy new gestures:

Close fingers to get back to Homescreen (with four or five fingers);

Scroll up or down to show/hide multitasking tray (with four or five fingers);

Scroll left or right to switch between apps (with four or five fingers).

There’s only one hiccup – currently the tweak only works with iPhone 4 and iPod touch 4G. Support for iPad is on the way.