Apple’s introduction of the iPhone 6s and iPhone 6s Plus brought a number of features that were always going to bring about the green eyed monster amongst users running older iOS-powered hardware. 3D Touch is one of those sought after features, which is something that has been mimicked and brought to older hardware as best as possible through the installation of jailbreak tweaks. The insanely awesome Live Photos feature is another, and now, thanks to the release of LiveWallEnabler jailbreak tweak on Cydia, those with older hardware can get Live Wallpapers feature as well.

For those that have been living under a rock, Apple’s Live Photos feature was introduced in iOS 9 and is officially only available on the iPhone 6s and iPhone 6s Plus. It works by having a “Live” option within the native Camera app, which when activated, captures an animated image. The user then has the option of viewing the single photo, or using a 3D Touch interaction to view the animated version. This live image can also be set as an animated wallpaper through the device’s wallpaper and display settings. 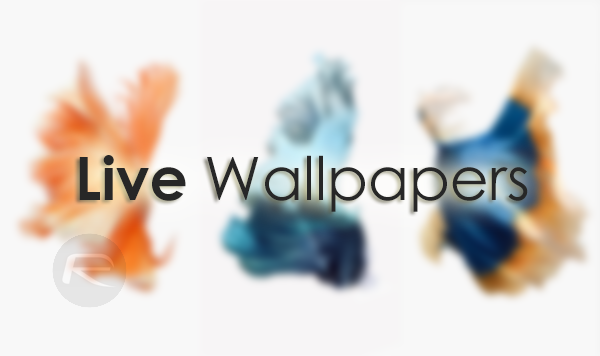 The introduction of LiveWallEnabler looks to bring a certain amount of that functionality to last year’s iPhone 6 and iPhone 6 Plus. Installation of the LiveWallEnabler package essentially means that it is now possible to head over to Settings > Wallpaper and set animated wallpapers on the Lock screen on older iPhone 6 or 6 Plus. While the 6s and 6s Plus users have to 3D Touch on the screen to see the animation of Live Wallpaper on the Lock screen in action, with this tweak, 6 and 6 Plus users can get the same animation with a long press. 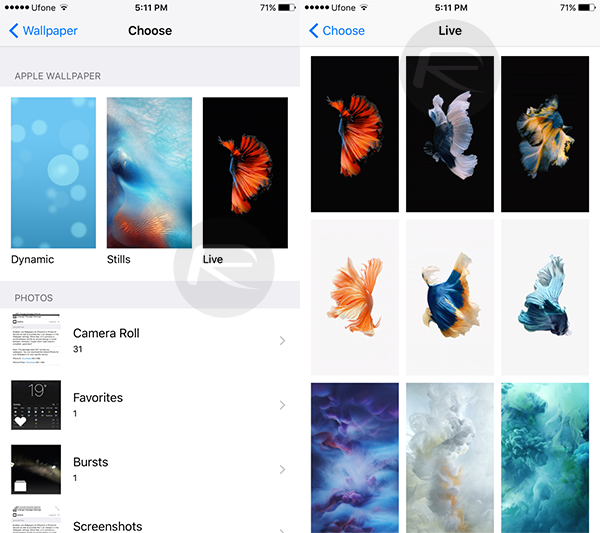 Installation of the tweak also brings with it the addition of the “Live” category within the Wallpaper preferences in Settings.app. On the iPhone 6 and iPhone 6 Plus this isn’t available by default due to Apple not offering support for it on non 3D Touch devices. 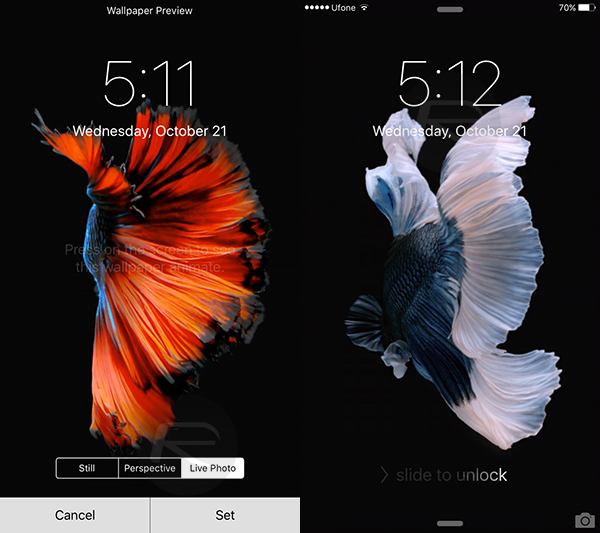 One thing to note is that downloading just the tweak doesn’t actually install Apple’s own Live Wallpapers with it. It’s pretty much a shell of an app that enables the functionality but doesn’t offer the content to go with it. That needs to be downloaded separately for the specific device type. The jailbreak tweak within Cydia contains download links for Apple’s Live Wallpapers so they can be downloaded and used with relative ease.

In order to get the LiveWallEnabler package, you’ll need to add the developer’s repository as a source in Cydia: repo.fortysixandtwo.com. To download Apple’s Live Wallpapers on your device, you will need to have the Mega app installed from the App Store, along with iFile which can be found in Cydia.

Step 1: Simply tap the download link that is relative to you device from the tweak’s page on Cydia, which should redirect you to the Mega app, asking you to download the file to the app or save it in cloud. Make sure you download it to the app. 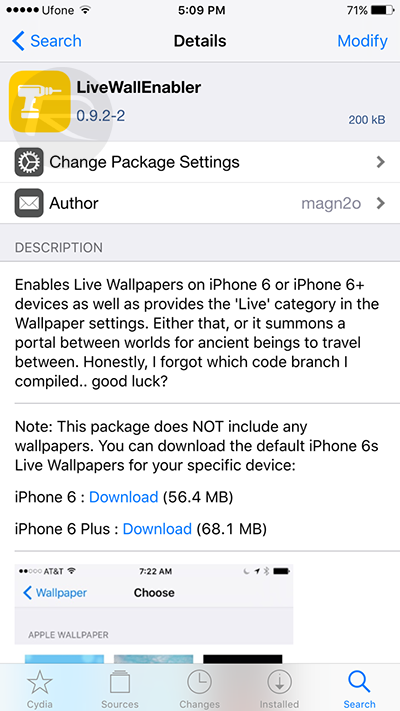 Step 2: Once the download is complete, you will be able to see the package in the Offline tab. Simply tap the file once, followed by the Share button appearing on the top right corner. From the Share Sheet, select Copy to iFile. 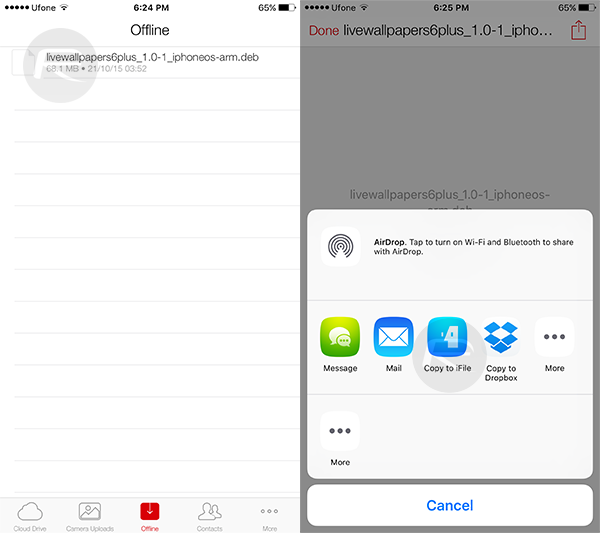 Step 3: You will now see the file appear in iFile. Tap it and hit Installer from the resultant menu. This will begin installing the wallpapers, which should not take more than a second or two. Once installed, hit the Done button. 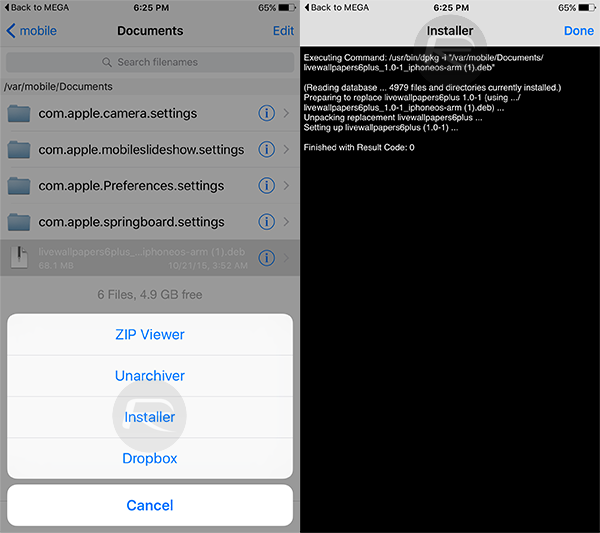 The tweak has been known to work on the iPhone 5 and 5s as well. Do let us know how the tweak has fared for you in the comments section below.