Following the release of Electra RC1 to developers a few days ago, CoolStar has now pushed a new RC 1.3 version to the same set of developers in order for them to get their tweaks and apps ready for iOS 11 before public release.

This release of Electra comes at a time when one of the developers who had the original RC1 copy from CoolStar leaked it into the wild.

CoolStar and co. obviously recommend everyone to stay away from any such leaks because the leak appears to be modified version which “uses a bootleg half-assed attempt to re-create our bootstrap tar.” In short, using it might send your iOS 11.1.2 device into a continuous bootloop, forcing you to update to iOS 11.2.5.

We’ll advise the same. Stay away from any such leaks of Electra RC1 floating around as far as possible.

Coming back to Electra RC 1.3 release, given how fast things are progressing, it shouldn’t be too long now anyway before it’s made available to public. 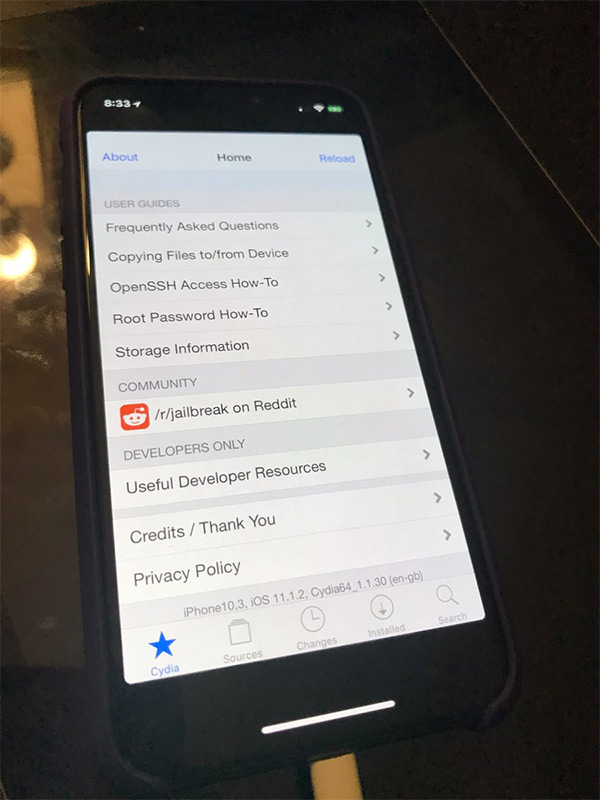 For those who don’t know, Electra jailbreak is mainly based off exploits discovered and made public by Ian Beer, alongside patches from some of other prominent members of the community such as Siguza, xerub and CoolStar himself. It supports all devices, including the latest iPhone X, running anything between iOS 11.0 to iOS 11.1.2.

We will of course keep you updated on all the latest happenings from the jailbreak world. Stay tuned for more.