EISENHOWER For iPhone Lets You Manage Time And Tasks Using An Effective, Tried And Tested Solution

Productivity apps are aplenty on the iOS App Store, with new apps being added daily to allow users to squeeze the most out of their days. Some of us are able to knuckle down and whizz through growing workloads while others need a more structured layout with the required tasks and chores being clearly defined for the day ahead. There are many different time management philosophies, but there is only one of which I’m aware of, and it is based on the methodologies of a former U.S. President.

The EISENHOWER time management app for iPhone and iPod touch adopts the principals of the Eisenhower Matrix that asks questions to determine whether or not the task at hand is important, and if so, is it urgent? Tasks are then broken down into four different categories depending on their importance and urgency, allowing users of the app to focus on the most pressing one until it is out of the way. The app is excellent at organizing personal and professional tasks in order to increase productivity and do-away with the numerous to-do lists that we find ourselves with. 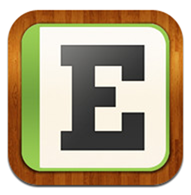 The interface of EISENHOWER is dark and extremely attractive, allowing easy navigation between individual views and parts of the app. Built-in task counters allow eight individual tasks to be assigned to a to-do sheet, with tasks that are currently flagged as open being front and center on the navigation tabs. EISENHOWER also includes a mode that allows users to focus solely on one task in blocks of 30 minute periods with the hope being that it forces us to complete that task without interruption. 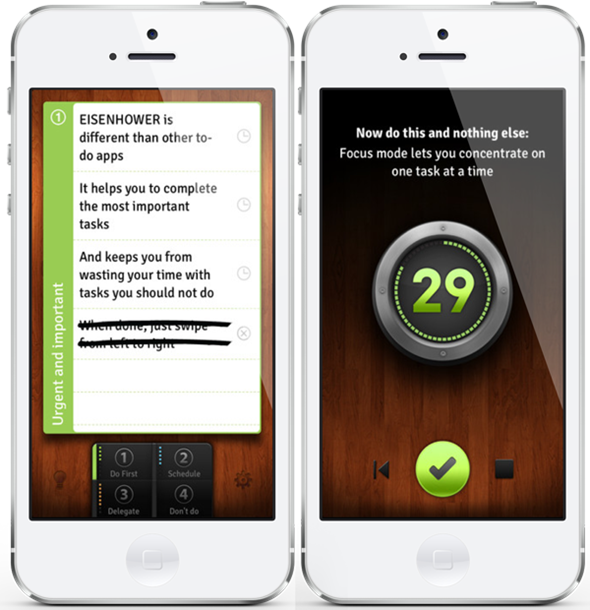 Scheduling additional tasks and delegating them to other team members or co-workers is also possible through the app with the use of integrated calendars and emailing capabilities. The developers have also bundled cloud-based synchronization services for those users who purchase the app and create a free account to be used with their web-based service. For $1.99, EISENHOWER offers a decent use of the Eisenhower Matrix.

(Source: EISENHOWER for iPhone and iPod touch on the App Store)