It has been said numerous times in the past, but the best mobile software available on the App Store generally tends to be the creations that are simple to use, beautiful to look at and offer a solution to problem that has been faced by real device owners and users. Typic for iPhone and iPod touch has all three of those bases covered, and although it may not be a must-have app for every iOS device owner, it is definitely something which photography fans and those who love to edit photographs will want to have in their arsenal.

The Typic app essentially allow photographs to either be imported from the device’s camera roll or captured using the embedded camera and then put through a series of editing steps to produce a framed picture at the end that can be shared through a variety of social networks. The main focus of the app is to allow users to overlay text on top of images, offering them a selection of gorgeous fonts and styles that immediately make any image stand out. 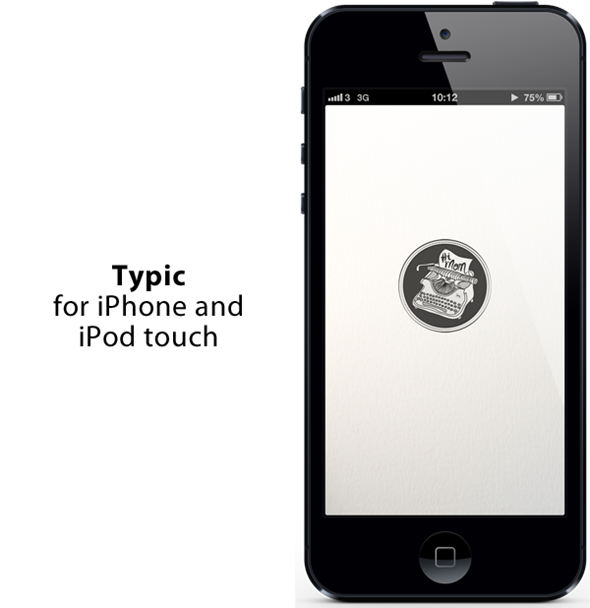 The first step in the process is to select an image from the camera roll or capture a scene using the front or rear camera on the device. Six filter options are then offered in the first step of editing the image that include Vanilla, Saturn, Black and White or opting to go unfiltered and use the raw image. The next stage involves adding the desired text to the image, which is a process handled all on one interface that includes an option to select the font, the size of the text and entering the text itself. 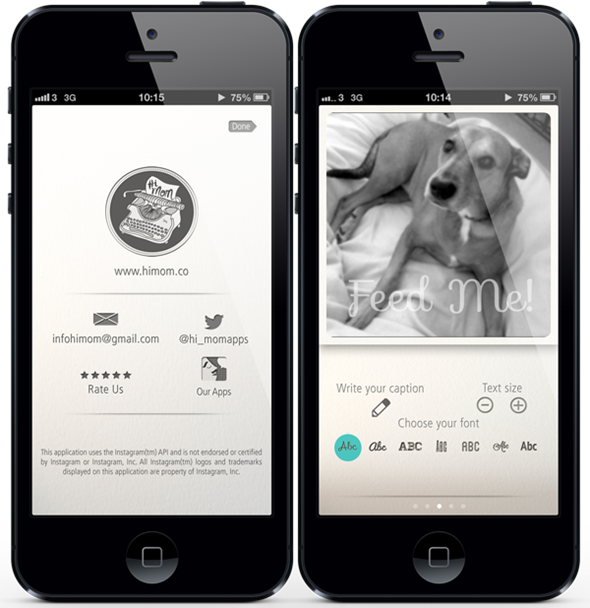 The penultimate stage has options for text opacity, the radius of the corners of the image within the frame, the level of lens blur and whether or not the frame should be white or black. As a final step in the process; the image can either be saved to the device’s camera roll, sent by email or shared on Instagram, Twitter or Facebook.

Although, already a very complete app that fulfills its promise of adding gorgeous text to images, it would be nice to see some additional options such as more frames and text style choices, as well as the ability to remove the frame altogether if it eats into too much of the image real-estate.

(Source: Typic for iPhone and iPod touch on the App Store)