Folks are always looking for easy ways to make money, and with advertisements as prominent as they’ve ever been in this Digital Age, it’s perhaps more surprising we don’t see many more apps like Locket, a new Android gem allowing users to earn a cent by unlocking their ad-befuddled lock screens. With a maximum of $0.03 cents to be earned per hour, the maximum one could amass during the course of a year – working 24 hours day – is little over $250, and considering the amount of effort involved, Locket won’t be making anybody rich anytime soon; except its developers.

See, after you’ve unlocked your device three times and hit your three-cent hourly limit, your device will still be unlocked any number of times. If you’re stuck in solitude; on a bus, train, in a library – wherever, you’re probably going to be unlocking your device compulsively, and while you only see three cents for all of your thumb-tapping efforts, you will still be generating ad revenue for the guys over at Locket. 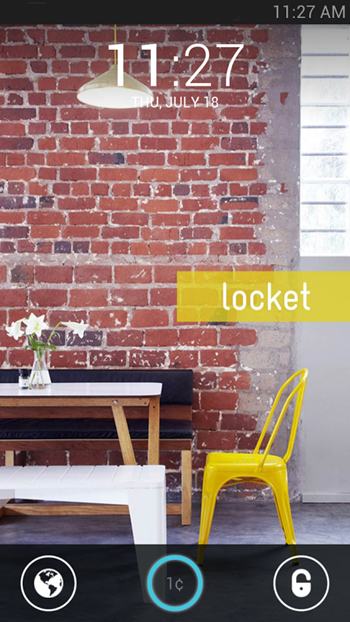 As your money begins to stack up, you have multiple options regarding what you want to do with the cash. You can cash out, which presumably involves a bank transfer, add the funds to a gift card, or even donate your earnings to a charity. It would be convenient if it could be automatically be translated to Google Play Store credit ready to use on other apps and games, but if the cashing out option isn’t too painstaking, I’m sure one could use this app as a simple way of funding new Play Store releases. 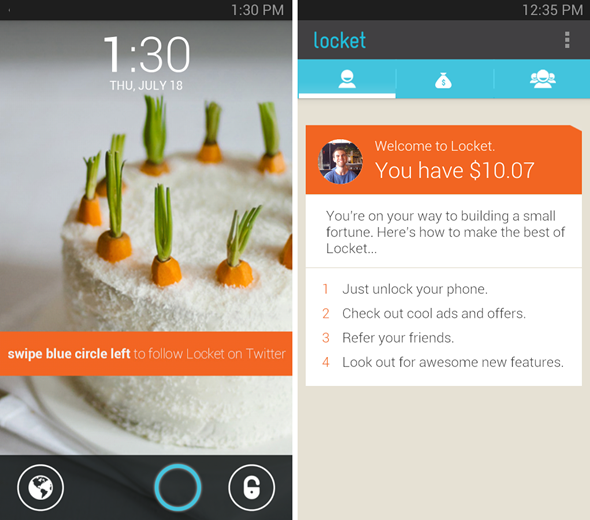 Personally, I couldn’t think of anything worse than facing an ad every time I wanted to check a message, write an email, or play a little Candy Crush; especially not for the nominal fee offered by Locket. Nevertheless, if you want an app that gives money rather than, very much like Candy Crush, simply shakes you down, then give Locket a try for yourself.

Please note, it is in beta, so may be unrefined in areas. And while this won’t help you pay for your college tuition fee, but hey, a little reward at hand doesn’t hurt either, right?