Apple’s new M1-powered MacBook Air is starting to arrive at the homes of those who got their pre-orders in early last week, and that means we’re learning all kinds of things for the first time.

Like the confirmation that the new SSD is indeed twice as fast as the one that was used in the previous generation MacBook Air.

According to a MacRumors report, citing a member of the outlet’s forums, the new SSD is capable of speeds that are pretty incredible. Apple had previously said that the speed would be improved, but seeing the numbers is always a different kettle of fish.

The benchmarks confirm that the new ‌MacBook Air‌ SSD is approximately twice as fast as the previous model with 2190 MB/s writes and 2675 MB/s reads. Apple did announce this performance boost when launching the new machine, and attributed the improved speed to the M1’s storage controller as well as new flash technology.

The previous generation MacBook Air managed scores of 1319 MB/s for reads and 1007 MB/s for writes. The new M1 chips are absolutely going to make Apple’s future Macs transfer data more quickly than before – and that could have a huge effect on how fast the computers feel during use. 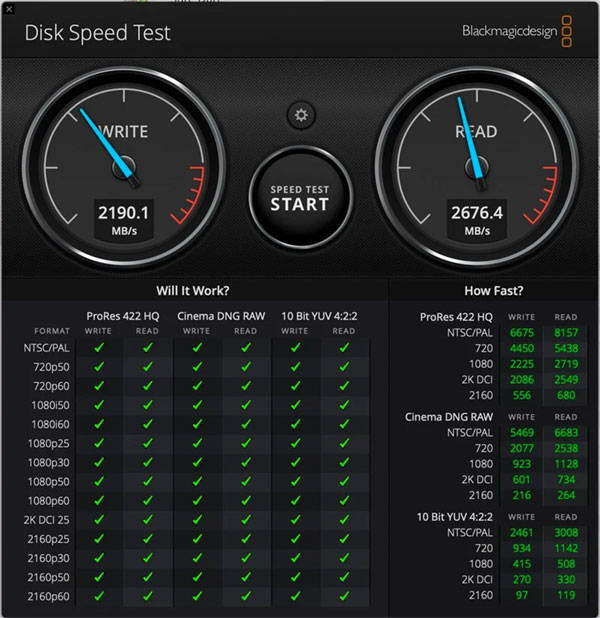 By putting the storage controller inside the M1, Apple was able to make everything shift data at breakneck speeds, another example of where Apple can see huge gains by moving away from Intel chips and the x86 architecture.