We Took The Affordable EACHINE E58, E010 Drones For A Spin, Here’s What We Think [Review]

I’ve never made any secret of the fact that I don’t know how to fly drones. In many ways, they terrify me because I don’t want to spend a small fortune on something and then immediately crash it or, even worse, lose it. I understand that everyone has to start somewhere, but that doesn’t mean that I want to start and then stop because something’s gone horribly wrong. I know what you’re thinking – there are more inexpensive drones out there, ones that can be used as training wheels of sorts, ones that can teach you the ropes, before you get something a little more costly. And that’s true, which is why I was keen to try out two drones that the folks at EACHINE offered up for review – the E58 and E010.

Those model numbers won’t mean anything to you, nor should they, but here’s a rundown of the pair. 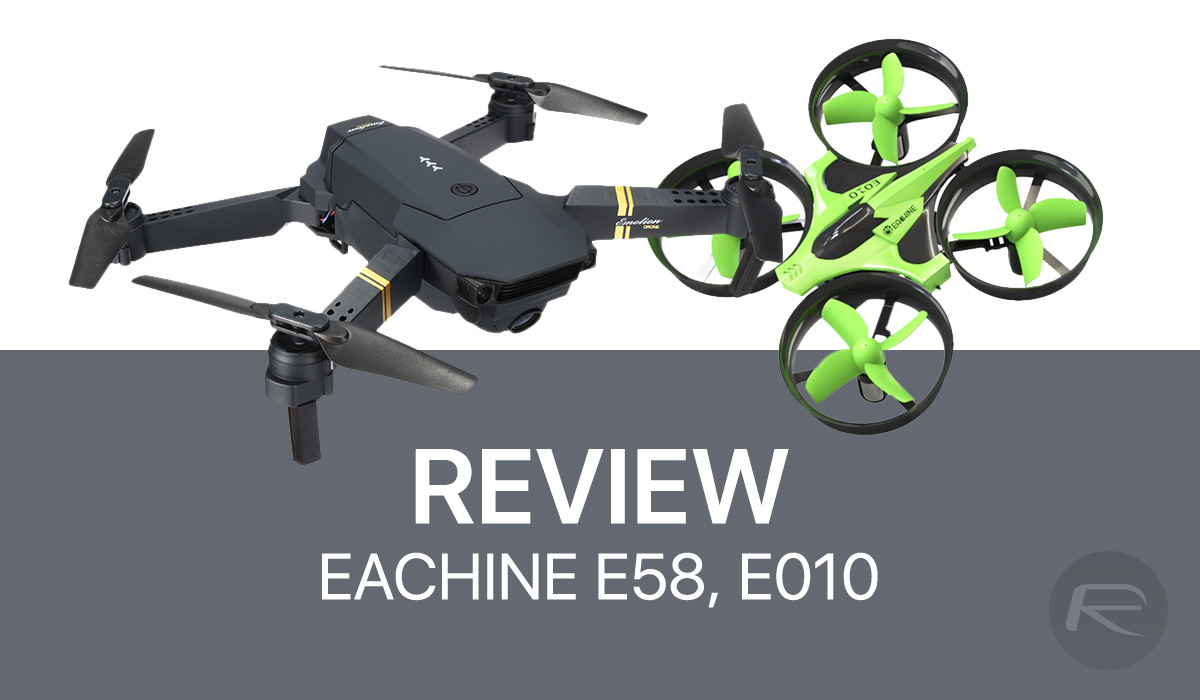 The E58 is a quadcopter that supports WiFi and has a 120-degree wide-angle 720p camera attached to its nose. It also supports automatic take-off and landing, which is great for a beginner, and it comes with a controller that connects to your phone, should you so wish. Oh, and it folds up like some of the more costly drones that you’re no doubt familiar with. In fact, it looks very much like something from DJI. Except this thing retails for around $80.

The E010 is something different. Again, it’s a quadcopter, but it’s designed to be smaller, more nimble, and comes with blade protectors because it’s clearly meant for either children, or people like me who are complete novices and scared of their own drone-shaped shadow. This is the one I thought would be the best place to start, and at less than $30, it’s pretty easily replaced if all goes wrong. 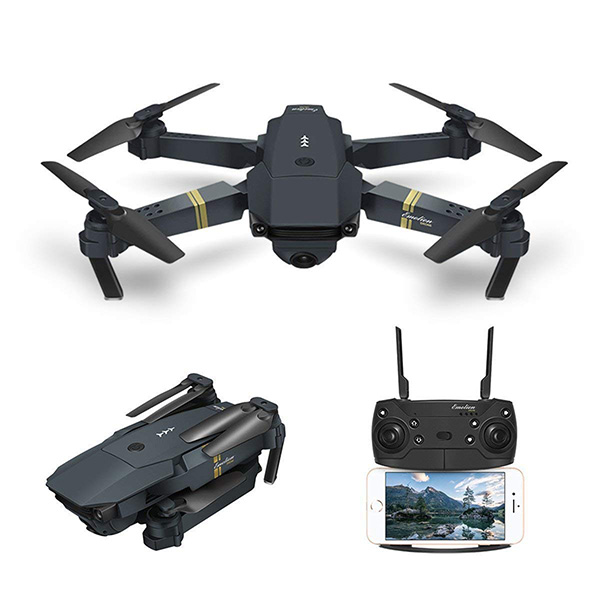 Setting out, the plan was to start out with the E010, learn how these things work, and then work my way up to the more professional-looking E58.

As it turns out, I had things backwards.

All cards on the table – I can’t tell you much about the mini quadcopter, because I simply couldn’t fly it. Actually, that’s not quite true, because I was able to handle it much more readily than anything I’ve tried to fly before. It got closer to being fully airborne and under control than the other drones I have tried, which is perhaps high praise, rather than a negative for a drone that I’m sure would be an absolute blast if you knew what you were doing.

But there’s great news, because the E58 is a marvel. A feat of drone craft that I didn’t think was possible at this price point. Because, ladies and gentleman, not only could I get the E58 off the ground, I could fly and land it, too. And I wasn’t using the autopilot gizmos, either!

What’s more, I could make the drone go where I wanted, when I wanted it to. It faced where it was told to face, and it was magical. It made me immediately recognize why so many people love their drones, because this is amazing fun to fly. At less than $80, it’s a steal, and I can’t imagine anything in the $1000 price range being any better to fly. 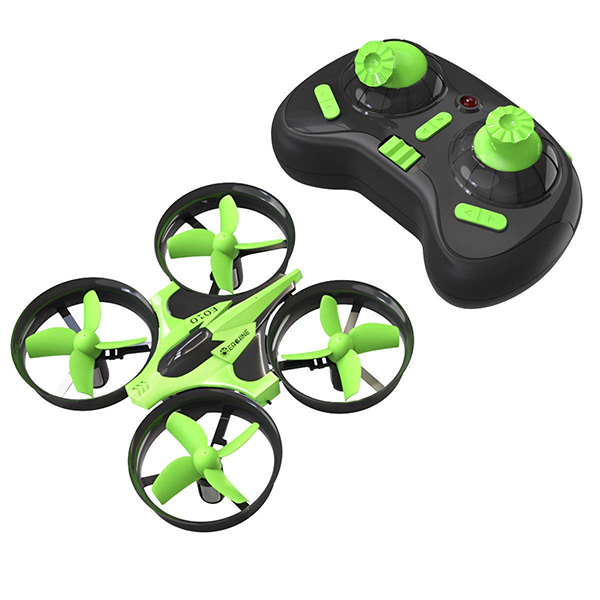 Now sure, before we get all carried away, it’s clear where that extra money would go if picking up something with a DJI label on it. The EACHINE drone has a 720p camera and it’s serviceable, but you won’t be using it to capture any Casey Neistat-like sweeping shots of the local coastline because, frankly, it won’t look awesome. It won’t look bad, but don’t expect 4K color-graded magic from a drone with a 720p camera built in. If you want to capture your dog running through a field, or just want to see what your home looks like from above, then this will absolutely do the job, and do it well.

And, did I mention this thing costs less than $80?

There are some advanced features to enjoy here, too. Along with the automatic one-key take-off and landing, there’s a 3D flip mode that will see the done carry out its own flip mid-air, which is nerve-wracking to watch, but works. There’s also a one-key return function that will make the drone return home, and there’s even an altitude-holding mode that will make the drone hover mid-air, perfect for capturing video with that 720p camera. It all works surprisingly well, given the price, and when you’re done, you fold all four arms and throw the thing into a bag.

In case it isn’t clear, I’m very impressed with the EACHINE E58, and it makes me think that I would also be impressed with the smaller E010 if I was a more capable flyer. But alas, I’m not, so I won’t be recommending it, but then again, I wouldn’t dissuade anyone from picking one up, either. If you know your way around a drone, and want something super small and super nimble, perhaps even for in-door flight, the E010 will surely be a great option for you.

As for the E58, well, I’d recommend that to just about anyone. If you’re a novice like me, it’s a great starter drone despite its slightly foreboding appearance. If you’re more comfortable with a drone but don’t want to spend DJI money, this would be a great option for you, too.

At the price these things sell for, why not just get both?!