The introduction of Samsung’s Galaxy Note 5 was enough to raise excitement levels amongst those who adore large screen devices. Samsung essentially created the “phablet” market, so it’s only right and proper that consumers continue to get excited for the continuation of the Note range. The specifications of the Note 5 are enough to make anyone believe that the device would outperform most competing devices, especially a flagship from 2014, such as Apple’s iPhone 6. With that said, we should all know by now that raw specs alone don’t tell the full story.

It’s become almost customary amongst smartphone and hardware fans to test out the real-world performance of any new device by pitting it against the competition. A launch of any new device of note ultimately spawns a number of “speed test” videos that measure devices against one another whilst performing common tasks such as multitasking, launching processor intensive apps, and navigating through complex menu structures. YouTube user DroidModderX ROOT Master has followed this trend by demonstrating how the Samsung Galaxy Note 5 performs against the Apple iPhone 6. 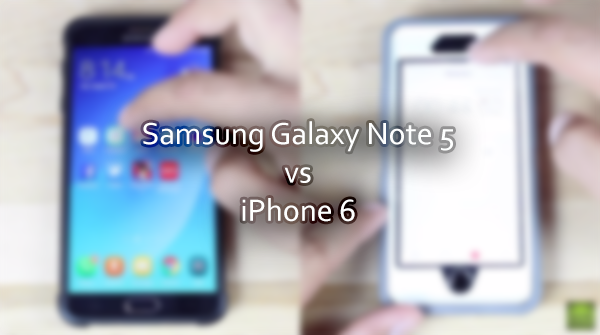 The majority of standard smartphone users will interact with various applications on a daily basis. It seems logical to start with this action and see exactly how each device performs invoking and closing apps. In terms of hardware capabilities on paper the Note 5 with 4GB RAM and octa-core processor obliterates the iPhone 6 with 1GB of RAM and dual-core processor. With that said, the video clearly shows that Apple’s finely tuned smartphone can hold its own by keeping up with the pace set by Samsung’s phablet when opening and loading common applications, and then later even surpassing to beat it. 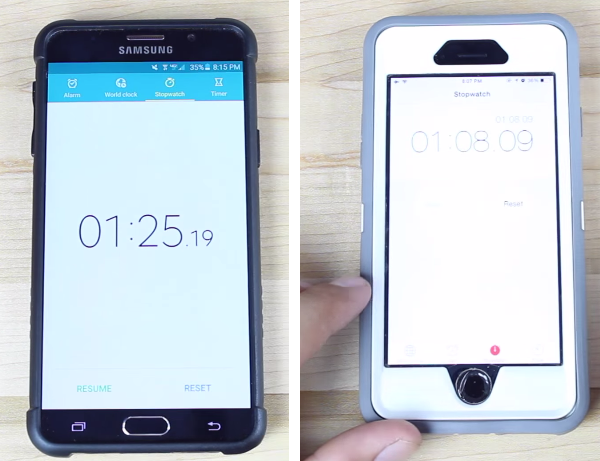 The interesting part of the test is the difference in performance when it came to actually loading a previously launched application for the second time. So, recalling an application from the background. The iPhone 6 and iOS operating system clearly do an amazing job of holding previously opened apps in memory and was able to load and display the app instantly. The Note 5 on the other hand was seriously lacking in this area and actually required the selected app to go through the full boot process again. The iPhone 6 is clearly a true multitasking master.

Check out the video for yourself and see what you think. Would the outcome of the speed test sway your decision to purchase a Note 5 over an Apple device?