Samsung has been basking in acclamation over the last few days for the refreshed design that adorns its Galaxy Note 5 and Galaxy S6 Edge+ handsets that were introduced last week. The beautiful, sleek visuals that are achieved with the perfectly engineered use of metal and glass is an undeniable improvement on the plastic phones that we have become accustomed to from Samsung. But how does this new build quality measure up against devices from competing manufacturers when dropped onto tiles and concrete blocks?

The smartphone market just wouldn’t be the same if someone didn’t take a newly introduced phone and record themselves trying to destroy it with under the tried and tested “drop test” pretext. Thankfully, PhoneBuff has the destruction fans covered with a video that puts Samsung’s latest phablet through its paces. If we can immediately take one thing from the video, it’s that a fresh, premium looking device built with high-end materials doesn’t automatically mean that users can treat the phone with a blatant lack of regard and expect it to come through unscathed.

This particular drop test of the Galaxy Note 5 shows us that even a relatively small drop can cause immediate devastation to the outer shell of the phone. A drop from one meter, which is intended to replicate accidental drops of the phone from waist height, immediately caused a worrying spider-web crack to appear on the rear side of the unit. It does go in Samsung’s favour that the cracking did actually appear under the outer most external protective layer on the device so users wouldn’t cause themselves any harm from the uneven parts. 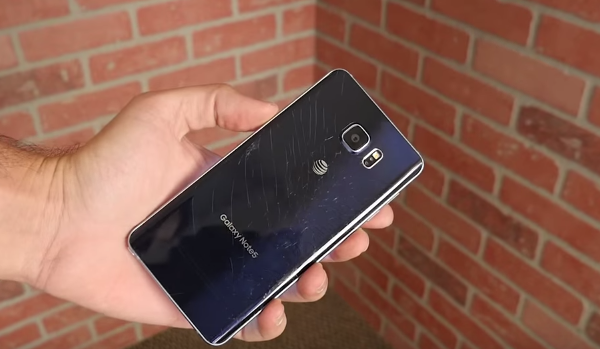 The drop test did give an indication that the Note 5’s metal frame is highly improved from the company’s previous devices. A drop from the same height on the front and side of the phablet proved that the decision to use 6013 grade aluminum alloy was a good one. When compared with PhoneBuff’s previous videos of the iPhone 6, HTC One M9, and Galaxy S6, it’s immediately evident that the Note 5 doesn’t stack up overly well. Sure, it fares better than Samsung’s other device like the Galaxy S6, but the competition appears to have the edge when it comes to device robustness. 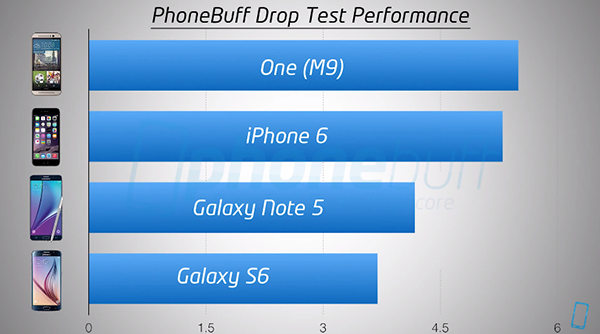 It’s undeniably a beautiful Android option, but if you’re planning on introducing the Note 5 into your life then you best grab an equally beautiful protective cover with it. 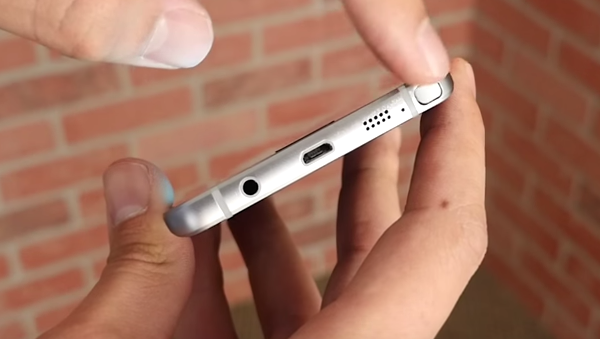 Take a look at the video yourself.