We all remember when Apple introduced their Siri digital assistant software with the iPhone 4S and iOS 5 back in October of last year. The immediate aftermath of that announcement saw a number of voice activated/guided apps landing on the iOS App Store as well as the Google Play Store for Android devices, but nothing really came close to matching Siri. If anyone could produce software to rival Apple’s offering then it was going to be Nuance Communications Inc. and that is exactly what they have tried to do with the initial beta release of Dragon Mobile Assistant.

In its current stage, Dragon Mobile Assistant has been launched as a beta product and only offers support for Ice Cream Sandwich and Jelly Bean, which at the current rate of adoption probably doesn’t really cater for many devices out in the wild, but it should definitely please those who do get to use the app. Nuance has continued the great work that they achieved with the Dragon Go! app, opting to bundle in new and popular digital assistant features with this creation.

One of the main advertised benefits of the application is that it allows users to speak to the device in a natural manner to get access to information and content rather than having to tailor or manipulate speech to make sure the application understands what is being said. Nuance are pretty much the industry leaders with this kind of technology, so it’s no surprise that the software functions pretty much flawlessly. The company also had the foresight to build in a new Driver Mode into the app that allows users to simply say “Hi Dragon” to ensure the device is listening and ready to offer assistance. 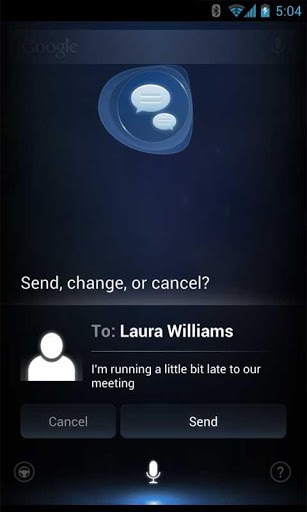 The hands-free features are evident throughout the Dragon Mobile Assistant app, with incoming text and mail messages being read out loud so that concentration isn’t moved away from the important matters at hand. All of the standard digital assistant features that you would expect are included within the new creation. Dragon Mobile Assistant has the power to invoke phone calls and compose and send text messages. Calendar and appointment capabilities are also available, as is the ability to post information to Twitter or update other social networks with a single voice command. 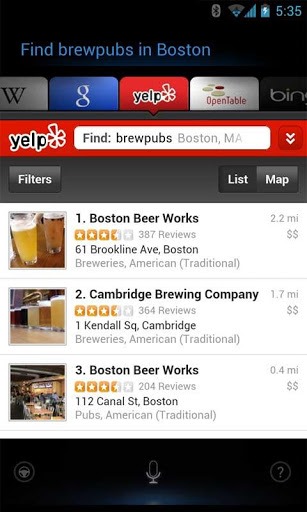 (Source: Dragon Mobile Assistant for Android on the Play Store)