WhatsApp has made an early version of its new macOS app available to testers. The app, which is built using Catalyst, isn’t yet ready to be made available to the public but we can expect that to happen in due course.

While there is already a macOS version of WhatsApp available for download, that’s little more than a glorified web app.

This new version is more native to Apple’s platforms which should mean that it will have a smaller impact on system resources while improving performance. We first heard that such a release was in the cards a few weeks ago but now WABetaInfo says that the app has been made available to a small number of testers.

The report notes that, based on screenshots shared in the post, the new beta looks notably different to the version of the app that was previously used on Macs.

As you can see in this screenshot, the new WhatsApp for macOS app looks very different from WhatsApp Desktop: it has a left sidebar that lets us quickly switch to different sections such as calls, chats, and settings. There are also two shortcuts to archived chats and starred messages. 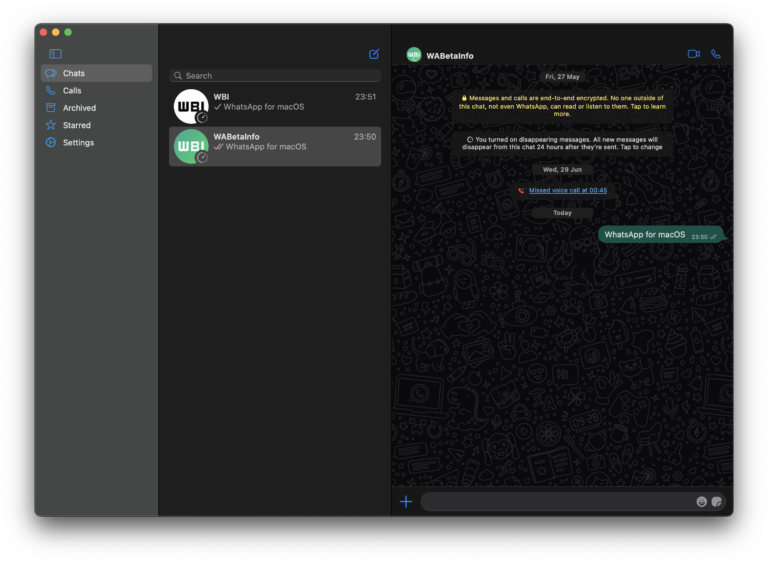 The report does also point out that some things aren’t yet working properly, so it’s clear that WhatsApp still has some work to do before the new Catalyst app will be ready for everyone to use it. Hopefully it won’t be too long before that changes.