Today’s tech coverage has been largely dominated by the coverage of Apple’s upcoming version of OS X, with the developer preview of Mountain Lion (10.8) having  just been released a matter of hours ago along with the new Messages Beta app.

If you’ve been following, you may have found it difficult to escape the rather beautiful backdrop on which the new OS will be presented. It is, of course, another galaxy-themed wallpaper, and after a couple of years of purple, the Cupertino has gone a little darker with a navy scene littered with stars.

There’s a lot for Mac users to look forward to in the very iOS-like, Twitter-centric update, but fortunately, you don’t have to wait any longer to enjoy that wallpaper on your desktop and hey, even if you’re running Windows, it’s still a very picturesque view from which to dream. 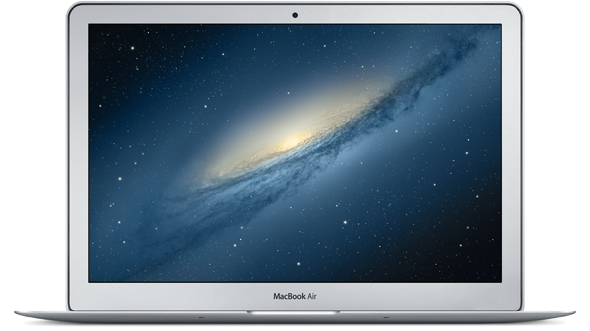 The said wallpaper can be downloaded from this link, and as you’d expect its a hi-res 3200×2000 pixel wallpaper. It’s 2.3MB in size, and looks even better "in the flesh"  so to speak, than it does on those snippets provided by Apple. We don’t actually know which galaxy this is – maybe somebody out there with a keen eye for astronomy could tell us?

OS X 10.8 Mountain Lion is expected to drop sometime this summer, and expect prices to be in the $29.99 region and will be download-only OS – much like the release of Lion last year. Those of you who have purchased a developer account can check out the preview via the download link below.

With such an exciting concoction of the very best of OS X and iOS, this is the sort of download you’ll want to get a dev account for. One thing is certain, we can’t wait – can you? Feel free to leave your thoughts and opinions via the usual mediums below; and if you could enlighten us on the name of the featured galaxy, we’d be most grateful!

You can head over to this link to download OS X Mountain Lion developer preview for your Mac, but before you do that, make sure you have a Mac Dev account with Apple, as we’ve already mentioned before.