Although the big news today from Apple is the release of iOS 6 for iPhone, iPad and iPod touch users, the Cupertino company has also taken the opportunity to release an update to OS X Mountain Lion, which moves up to 10.8.2. Given that the desktop department of Apple’s two main operating systems now borrows many features of iOS, these simultaneous releases should be expected, and if you have upgraded to Mountain Lion, this is an update you most certainly won’t want to miss.

Apple issued a changelog detailing all the new improvements, although intriguingly, there’s no mention of the MacBook battery issue. When Mountain Lion first dropped, some users saw their notebook’s battery retention plummet significantly, and although the 10.8.1 update offered some respite, it was still inferior to the post-OS X 10.8 state.

Several tests have been performed on a late beta build of 10.8.2, and found the issue had been amended – and perhaps slightly improved – on what was achievable with OS X Lion 10.7, so whilst it’s likely this release will sort out any lingering issues, Apple doesn’t want to make a song and dance about it.

Still, battery problems aside, there are some interesting new features, and much like on the just-released iOS 6, Mountain Lion 10.8.2 offers Facebook integration. As well as only having to sign-in once, your contacts on Facebook will appear in your Contacts app, and notifications will appear in Mountain Lion’s native Notification Center, but that’s not all, you can post a status update right from Notification Center, too. 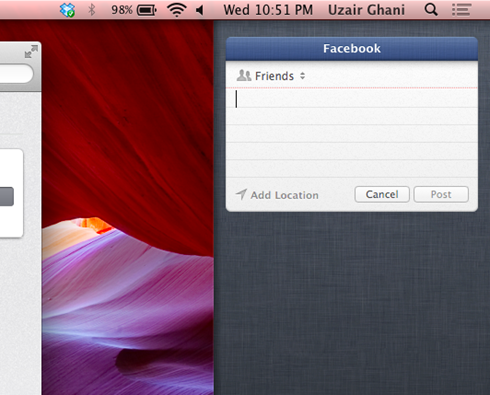 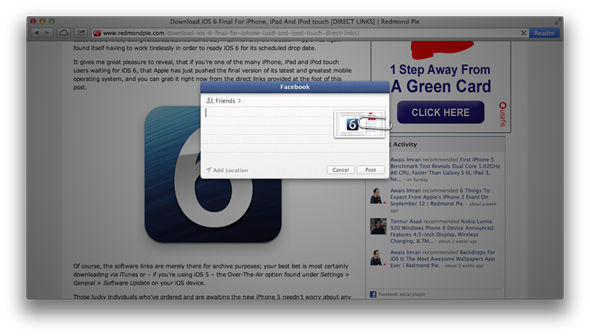 There are a whole host of other little tweaks and improvements on offer, including new shared Reminders lists, the ability to sort Notes by title, the date edited, or when you created them, while dictation supports a host of new languages, such as Mandarin, Cantonese, Spanish, Korean, Canadian English, Canadian French, and Italian.

All in all, it’s an impressive update, and is available right now at the Mac App Store.