You Can Now Download ‘Jobs’ Movie From iTunes [Direct Link]

The movie ‘Jobs,’ which stars Ashton Kutcher as the late, great Apple co-founder, released back in August to mixed reviews, and due to some quite blatant oversights and misrepresentations of the truth, seemed not even to live up to expectation, which was modest at best. Still, today, the very Hollywood take on the life and times of Mr. Jobs is now available for all to see on DVD, Blu-ray as well as digitally through none other than Apple’s own iTunes.

As well as founding on of the world’s most influential companies while also as working as CEO for the majority of its rise to prominence, Steve Jobs was a pretty interesting character. Many of those around him have stated that whilst he was extremely passionate about his work and creations, he was sometimes difficult to work alongside, and although the public has seen – through keynotes, University speeches and such – that Jobs was indeed very proud of his achievements, the world has only really read and heard snippets of Jobs overall character. 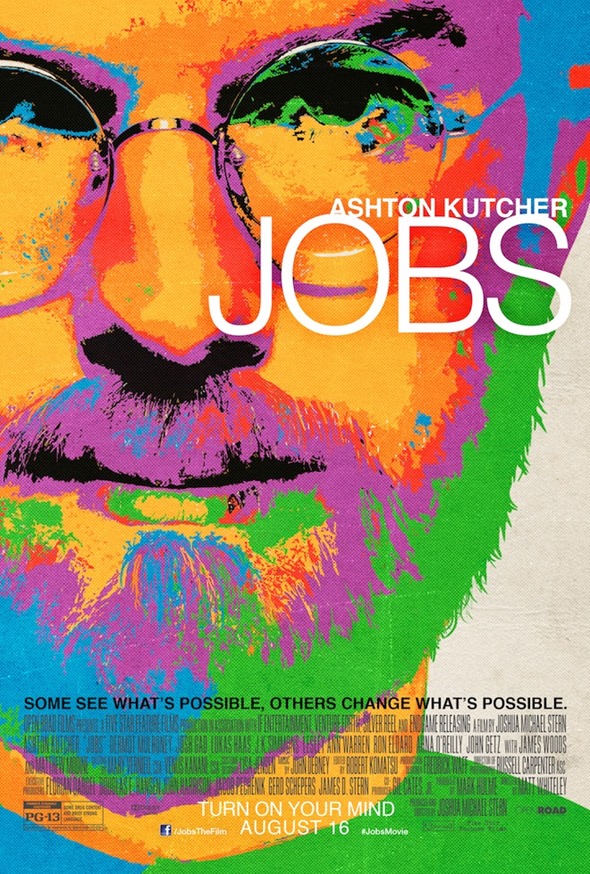 The Kutcher movie, which was directed by Joshua Michael Stern, didn’t really delve into this, and the movie felt much like a vague stitching together of events and quotations in an attempt to create an exciting storyline. Even Steve Wozniak, better known in tech circles as simply ‘Woz,’ stepped out to criticize the Jobs movie, noting of the major inaccuracies in the representation of he and Jobs’ relationship.

Still, the hype about the movie was never based upon how good (or bad) it was going to be, but rather the fact that it was about Steve Jobs. If you missed the opportunity to catch Jobs in theaters, it’s more than likely you’re still intrigued enough to check it out on DVD / Blu-ray or digital download, irrespective of the largely negative press surrounding it.

Meanwhile, the DVD / Blu-ray costs $22.99, and packs your usual disc-only goodies such as commentary and deleted content.