You can now download iOS 14.5 RC IPSW links and OTA profile update along with iPadOS 14.5 RC. Here are the details on this release.

We have some great news for Apple Public Beta Program participants in the form of an official iOS 14.5/iPadOS 14.5 Release Candidate (RC). This RC release means that Apple is close to an official release barring any last-minute catastrophes. 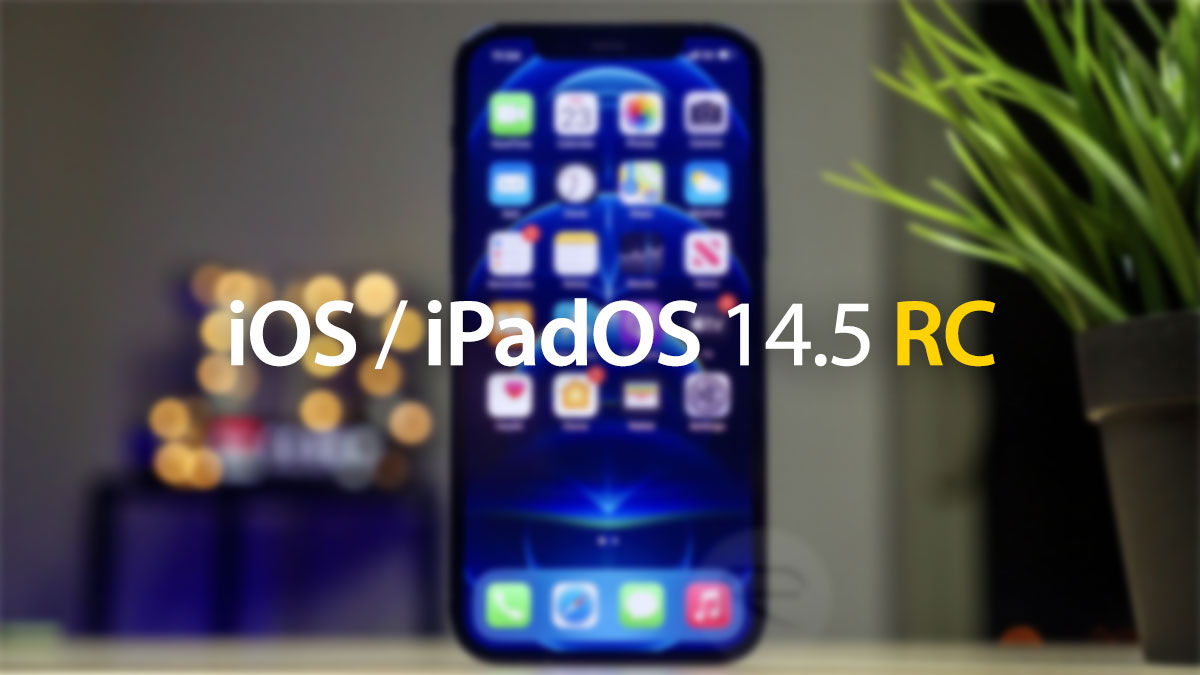 For those that may not have been following Apple’s release patterns over the last few releases, the Cupetino-based company has retired the older “GM” or “Golden Master” designation in favor of using the “RC” or “Release Candidate” designation. When the company releases an RC, then you know that the final approach is among us and a final release is imminent.

As long as this Release Candidate doesn’t unearth any major incidents or issues, we can expect a final release in the next 3-7 days.

So, the iOS 14.5 and iPadOS 14.5 Release Candidates are here but what’s new? A brand new phone unlocking feature is in place for iPhone owners with Face ID who also have access to an authenticated Apple Watch running the latest watchOS 7.4 update. We are going to be wearing masks for the foreseeable future and Apple has introduced this feature to ensure that a passcode is no longer needed in those situations when a mask is worn.

iOS 14.5 and iPadOS 14.5 also include support for casting Fitness+ content to AirPlay 2-enabled devices as well as bringing support for PlayStation 5 DualSense 5 controllers and Xbox Series X controllers. This is a particularly important addition for iPhone and iPad owners who are subscribers to Apple Arcade and regularly have marathon gaming sessions across platforms. Apple has introduced changes to the native Music app, introduced new gestures within that app, and has introduced more than 200 new emjoi characters.

The Maps application includes a slew of new features that are almost Waze-like and that allow users to report and inform of incidents. As always, there are a slew of bug fixes and improvements that have made it into the firmware in addition to the main feature improvements.