You can now download iOS 12.2 beta 4 IPSW links and OTA update for iPhone, iPad and iPod touch devices. Here are the details.

Great news, testing folks! Apple has officially released the fourth beta of iOS 12.2 (12.2 beta 4) into the development community with support for all compatible iPhone, iPad, and iPod touch devices. 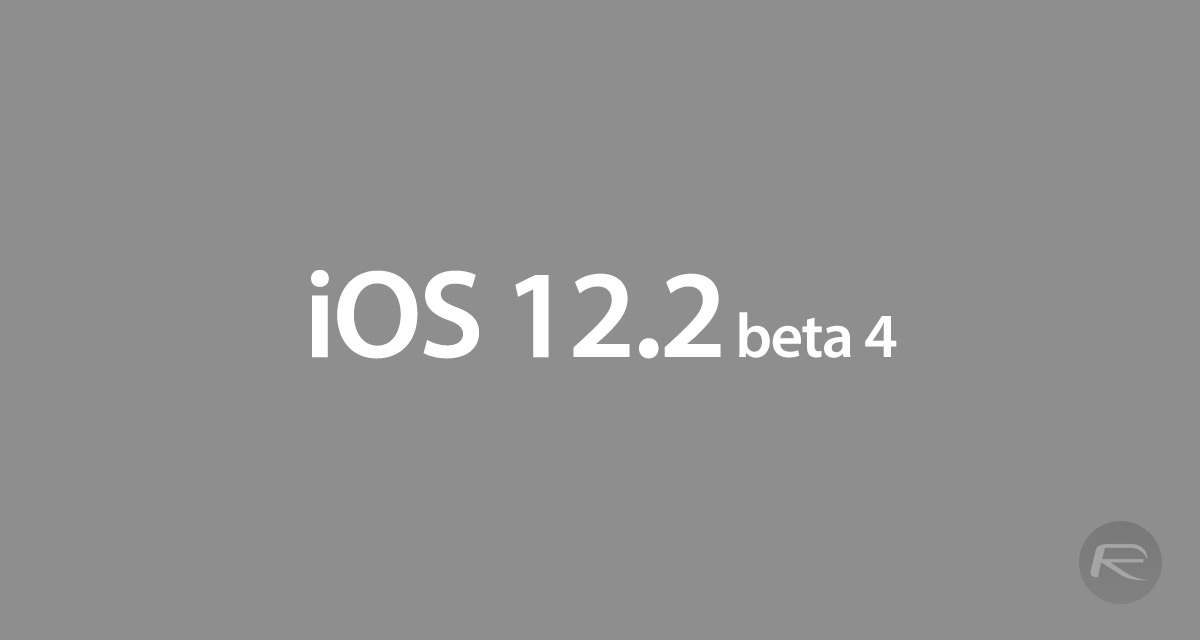 With immediate effect, all registered developers can access and start putting this latest release through its paces as well as start testing their own software against the release.

Apple’s iOS 12 platform has been put through a fair amount of changes ever since it was initially released into the community in the final quarter of 2018. In addition to the relatively large iOS 12.1 release, the public has also had four smaller updates in the form of iOS 12.1.1, 12.1.2, 12.1.3, and more recently, iOS 12.1.4. Now, it is the turn of iOS 12.2 to start to take center stage, which, as the version number suggests, is representative of a larger update than the aforementioned point releases.

This release, iOS 12.2 beta 4, is Apple’s fourth attempt at streamlining this particular release and putting a set of new functional features into the hands of users. And this release will not contain anything new or functional but will simply be a more refined version of previous features. This includes exposing the Apple News app to Canadian users in English or French as well as bringing some HomeKit support into the Home app for a slew of new Smart TVs which are adhering to Apple’s smart protocol. Apple has also looked to delight the individuals who love a visual experience by bringing four glorious new Animoji characters into the iOS 12.2 file.

The update is finished off with some design changes and a visual revamp to the TV control remote within Control Center as well as some important and worthwhile tweaks to the Wallet app which is used to register cards for the Apple Pay process. iOS 12.2 also contains a splattering of visual changes to icons throughout the firmware.

This fourth beta release of iOS 12.2 is currently available for registered iOS developers to download as an IPSW link by navigating to developer.apple.com. It’s also possible to go through the normal over-the-air download process on compatible iPhone, iPad, and iPod touch devices from Settings > General > Software Update.

Any devices downloading the OTA update will need to have the correct beta configuration profile installed.