You can now download iOS 11.0.1 IPSW links for compatible iPhone, iPad and iPod touch devices. Here are the details.

As expected by most, Apple has officially pushed out iOS 11.0.1. This latest release follows hot on the heels of the initial iOS 11 release and has been done so to fix some of the more immediate bugs and issues which have been discovered by the general public since iOS 11’s launch last week. 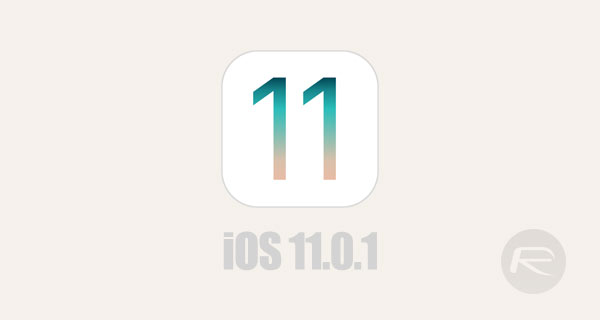 It’s not unusual for Apple to push out a new minor version of iOS so soon after a major release. The company goes through a long and stringent beta testing process when a major new version of iOS is in the works, which involves multiple builds being pushed out to the development community as well as those who have registered for public beta builds. The hope is that most, if not all, of the service affecting bugs and issues, actually get caught in the testing note and are rectified before the initial version goes live, but that doesn’t appear to be the case in this instance.

iPhone and iPad owners have been reporting a series of issues with iOS 11. They range from relatively simple lagging and performance issues all the way through to emails not working with an Office 365, Outlook or Exchange 2016 account. Apple had actually acknowledged the latter issue and released a statement to say that it was working in conjunction with Microsoft to try and rectify the problem.

Version 11.0.1 looks to have solved that problem, much to the delight of iOS 11 users, along with an array of other smaller niggles and issues.

Those who have resisted the initial build until the first set of niggles were resolved will be able to grab iOS 11.0.1 in confidence. Those who installed iOS 11 right away and who have been persevering with any problems should hopefully see that those issues are gone with this new build. 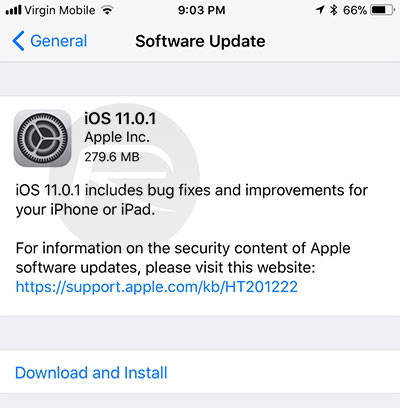 iOS 11.0.1 can be grabbed as an OTA update from Settings > General > Software Update. It can also be installed using iTunes. Direct download links of iOS 11.0.1 IPSW files are linked below.