An incremental point update has been made to the official Google Play Store app, bringing us up to version 4.0.26. It follows on from last week’s altogether more significant release of Google Play Store 4.0.25 APK, which brought a bunch of new features including a Card UI. According to some users, there were bugs with that new interface as well as a couple of other niggling issues with the release, and thus here we are no less than a week later with this housekeeping update.

An OTA update should hit your device at any point in the next few minutes / hours / days, but if you don’t want to stick around in wait for the server-side update to hit your device, you can download the APK at the bottom of this post and apply the updated version manually.

It’s always exciting when such an integral piece of software gets a design overhaul, as was the case when Play Store 4.0.25 dropped early last week. The new look is very modern, and with the card UI clearly sampled from the aesthetically on-point Google Now, the consensus is that the Play Store app looks better for the changes. 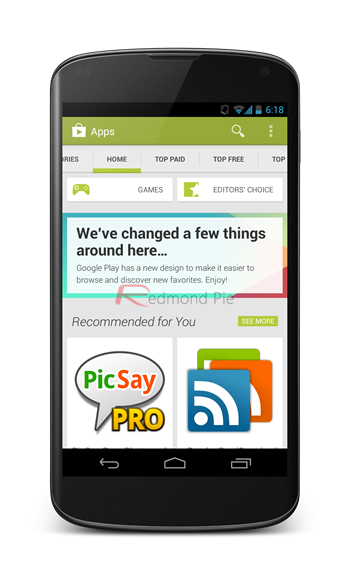 While the appearance may have been improved with said update, though, the performance for some has still been a bit off. The new interface has experienced a few teething issues over past ten or so days, but hopefully, most if not all of those kinks should have been ironed out with version 4.0.26.

Anyway, if you want the update but aren’t so keen on the wait, you can download Google Play Store version 4.0.26 from here. You will, of course, need to have Unknown sources checked under the Security menu within Settings on your device before attempting to install, but provided those prerequisites are met, go ahead and grab the APK from the source link below. 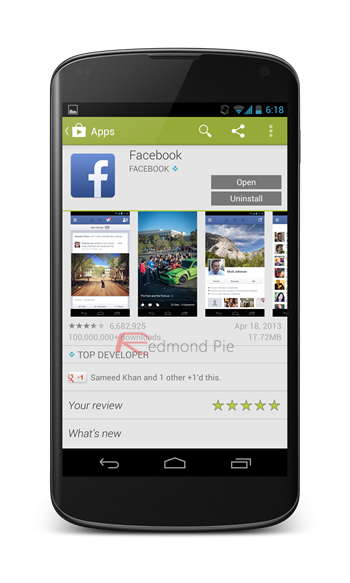 We’ve given quick test-run, and everything seems to work as it should, and although this is only a minor bug fix update, navigation does feel a tad smoother than it did the last time around. Bur really, we always welcome bug fixes and performance enhancements. Do you?