The fabulous Nexus 7 has only been released for a very short time and already it has managed to win over most of the doubters with its impressive specification and overall pleasurable user experience. The device itself feels like a premium build product, and the integration of Android 4.1.1 Jelly Bean provides the perfect companion quad-core Tegra 3 processor which Google and ASUS have packed under the hood.

I think you would be hard pushed to find a Nexus 7 owner who can complain about the form and functionality of the great little tablet, especially when you take into account the relatively tiny price of what is an extremely powerful piece of technology. Although the tablet has only been available to the public for a relatively short period of time, those who cant help but tinker with their devices will be happy to know that a CyanogenMod 10 (based on Jelly Bean) has already been shown to work with the Nexus 7. Check out the instructions below to find out how to install CyanogenMod 10 on a Google Nexus 7. 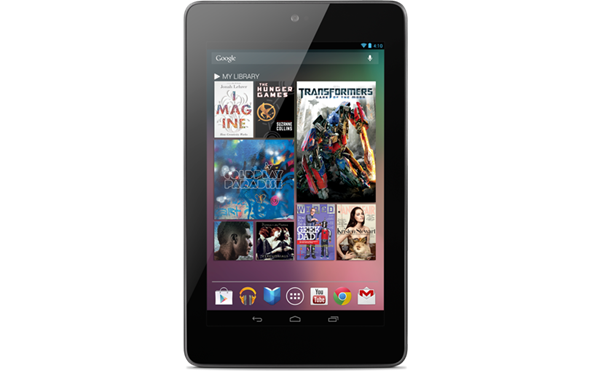 Note: The instructions and steps that are contained below are intended for use with the Nexus 7 only and even then should only be followed through at your own discretion. The ROM itself is classed by the developers as experimental, which means that there may be certain parts and features that are broken and don’t work as exercised.

DISCLAIMER: Redmond Pie will not be held responsible for any damage incurred to your device as a result of following this guide. Follow at your own risk.

Step 1: The installation of CyanogenMod 10 on the Nexus 7 is reliant on having a device that has ClockworkMod recovery installed. If your Nexus 7 doesn’t then follow our guide through in the first instance to get the device in the correct state.

Step 2: Download and save the CyanogenMod 10 ROM in a familiar location on your computer.

Step 3: Download and save the Google Apps Package (GAPPS) in a familiar location on your computer as well.

Step 4: Once downloaded, copy the CyanogenMod 10 and GAPPS compressed zipped files into the root folder of the tablet’s SD card and turn the device off. Keep in mind that both the files should not be inside any folder, they should be in clear view for easy access later on.

Step 5: Press and hold down the two volume buttons as well as the power button on the device until the tablet powers on into ClockworkMod Recovery mode.

Step 6: Take a NANDroid backup of the current ROM. Select Backup and Restore before selecting Backup. When the process has completed, navigate back to the initial recovery menu view.

Step 7: Select the Install zip from SD Card option before selecting the Choose zip from SD card option again and navigate to the CyanogenMod 10 file which was copied in step 4. Select Yes on the following screen.

Step 8: Follow the exact same process for the GAPPS file that was also uploaded to the SD card. Back at the main menu, select the Reboot System Now option to complete the process.

So there you have it. A powerful, quad-core powered Google tablet that is not only beautiful and powerful, but also extremely good value for money, and now made even better with the CyanogenMod 10 ROM installed.